Please ensure Javascript is enabled for purposes of website accessibility
Log In Help Join The Motley Fool
Free Article Join Over 1 Million Premium Members And Get More In-Depth Stock Guidance and Research
By Maurie Backman – Jul 7, 2020 at 6:07AM

Waiting until age 70 will give you a much higher monthly benefit. But here's why it doesn't pay to wait that long.

When it comes to claiming Social Security, you have choices. You can sign up for benefits at full retirement age (FRA), which is either 66, 67, or somewhere in between, depending on your year of birth, and by waiting until then, you're guaranteed the full monthly benefit you're entitled to based on your earnings history. But you actually get an eight-year window to take benefits. You can first sign up beginning at age 62, but you should know that for each month you file ahead of FRA, your benefits get reduced. Claim them at 62 with an FRA of 67, and you're looking at 30% less Social Security income each month.

On the other hand, you have until age 70, from a logical standpoint, anyway, to file for benefits. What does that mean? Well, technically, there's no end date with regard to signing up for benefits. You can file at age 100 for all the Social Security Administration cares. But there's no financial incentive for waiting past the age of 70. 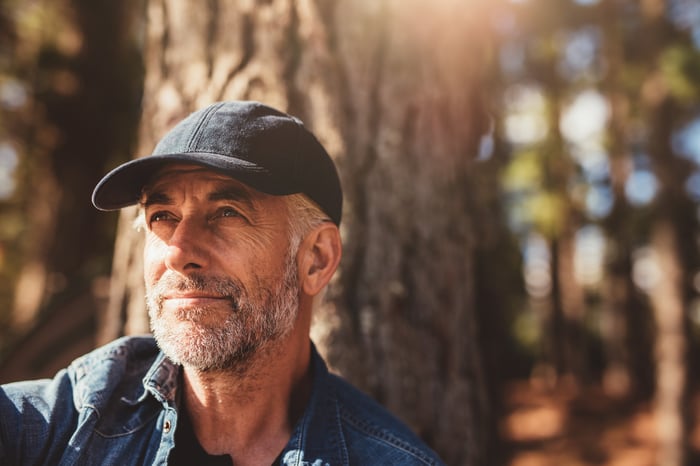 For each year you delay benefits past FRA, they go up automatically by 8%. That's a pretty nice boost, and an important one when Social Security is your main source of retirement income. But the delayed retirement credits you collect for holding off on benefits stop accruing once you turn 70, which means there's no reason to hold off on filing past that point. Hence, 70 is generally considered the latest logical age to file for Social Security, and it's also a smart age to sign up if your goal is to score the highest possible monthly benefit. But there's the one reason you may want to claim Social Security well ahead of that point.

You don't know what the future holds

That's it. That's the reason. Delaying benefits is a good idea in theory. That way, you're guaranteed a boost for life. But what if you don't live long enough to actually take advantage of it?

Imagine you wait until age 70 to claim benefits but fall ill a year later and pass away at 72. At that point, you're out a lot of lifetime income from Social Security compared to the amount you could've collected had you signed up at FRA, or even earlier.

Of course, the opposite could happen -- you could delay benefits until age 70 and live well into your 90s. At that point, you'll end up with more lifetime income than you would've collected had you filed earlier on. Imagine you're entitled to a monthly benefit of $1,500 at an FRA of 67, only you decide to file for Social Security at 70 instead, thereby growing your monthly benefit to $1,860. If you live until age 92, you'll come out about $41,000 ahead in lifetime benefits by virtue of having waited.

But waiting is a gamble, simply because nobody knows what the future holds. The COVID-19 crisis in particular has taught a lot of people that lesson the hard way. And so while delaying Social Security until 70 has a clear financial upside, it's also a risk.

So what's the right choice for you?

It depends. If you're in good shape health-wise, there's a strong chance you'll live a longer life than average, which means delaying benefits will pay off for you. But are you willing to take that chance?

Of course, there are also risks associated with filing for benefits earlier -- namely, not having enough money to pay your bills during retirement, especially if you don't have a lot of savings to access during your senior years. The answer, therefore, may boil down to exactly what risk you'd rather take. If having those benefits in your bank account sooner rather than later sits better with you, then that's reason enough not to delay your filing. Though there's much to be gained by claiming Social Security at 70, ultimately, it's not the right choice for everyone, and if filing earlier brings you peace of mind, that's a more than reasonable course of action.