Please ensure Javascript is enabled for purposes of website accessibility
Log In Help Join The Motley Fool
Free Article Join Over 1 Million Premium Members And Get More In-Depth Stock Guidance and Research
By Christy Bieber – Sep 2, 2020 at 6:45AM

The lesson: Don't plan to work, since it probably won't happen.

For many Americans, their vision of retirement doesn't include long days gardening, or sunning on the beach. Instead, it involves more work -- either because of jobs they enjoy or, more commonly, financial need.

Research from Allianz Life shows an estimated 65% of people think it's likely they'll work either part time or full time in retirement. Perhaps unsurprisingly, however, the actual number of retirees still holding jobs is far smaller. 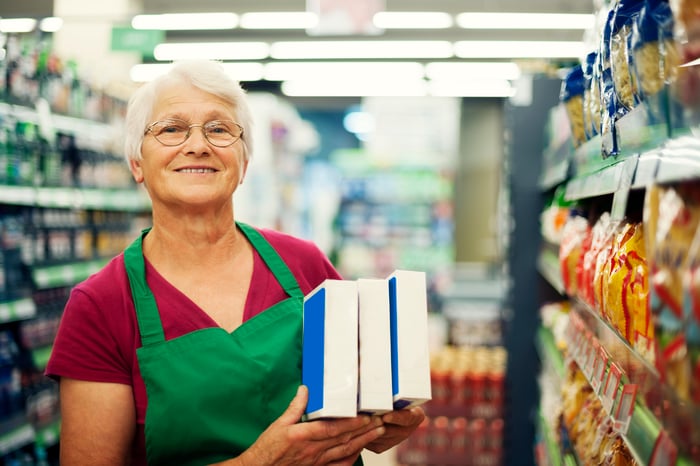 How likely are you to work in retirement?

Sometimes, people change their plans for working because they simply no long want to. In fact, Allianz Life's data reveals that many older Americans lose interest in working longer as they age. But more often than not, those who planned to work are surprised to find themselves unable to because they have family members to care for, health issues of their own, or can't find an employer.

That's a big problem: Those who plan to work but can't are often forced to live on savings sooner and draw down their accounts too quickly. Retiring earlier than planned also means shrinking their investment accounts, rather than having extra months or years to bulk them up. And potentially, they could be forced to claim Social Security early, thus reducing benefits.

Since it seems very unlikely you'll end up working in retirement, it's crucial you don't plan on having a paycheck. Instead, when setting savings goals, assume you'll claim Social Security at the earliest allowable age (62) and that you'll start tapping your investments then, too. This will mean you need to save substantially more for your later years.

That's a huge difference in your savings goals. But you can't afford to assume you'll continue working late in your life, with so few seniors doing it. So preparing for the worst-case scenario by saving a higher amount is your best bet.