Please ensure Javascript is enabled for purposes of website accessibility
Log In Help Join The Motley Fool
Free Article Join Over 1 Million Premium Members And Get More In-Depth Stock Guidance and Research
By Maurie Backman – Sep 12, 2020 at 8:04AM

The question is: Is that fear unfounded?

Retirement can be a daunting prospect due to the financial implications involved. When you've worked your whole life and are used to collecting a steady paycheck, the idea of losing your main income source can be brutal.

Of course, most seniors have Social Security to look forward to in retirement, and that can help soften the blow. Or maybe not.

A good 41% of retirees cite a reduction or elimination of Social Security benefits as their greatest retirement fear, according to Transamerica. The question is: Are those likely scenarios? 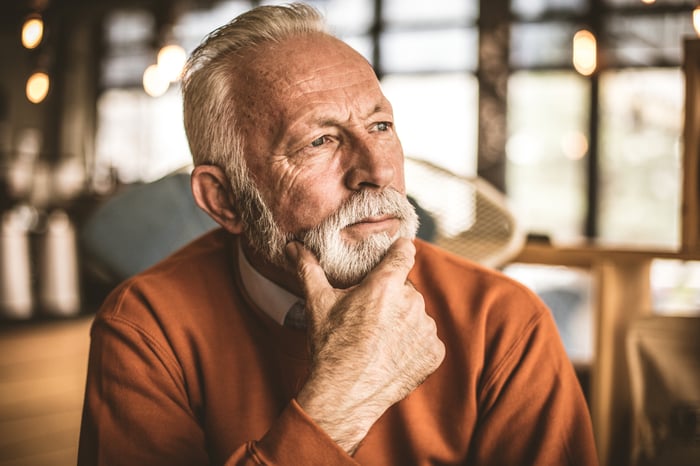 Social Security is facing some financial challenges in the coming years, so the fact that seniors are concerned about it isn't shocking.

First, let's get the good news out of the way: Social Security is not in danger of going away completely. The program gets the bulk of its revenue from payroll taxes, and while there's currently a payroll tax deferral in play thanks to an executive order signed by President Trump in August, all that's really doing is postponing those taxes until 2021. As long as those taxes aren't ultimately forgiven (which, right now, isn't happening), Social Security will still get its payroll tax money, albeit a few months late.

The bigger issue with Social Security, however, is that in the coming years, a large number of baby boomers will be permanently leaving the workforce and retiring. Once that happens, the program will lose out on a ton of payroll tax revenue, and there won't be enough replacement workers coming in to compensate. Social Security will therefore have more obligations in the form of scheduled benefits than it has revenue if this scenario plays out as expected. While it has trust funds it can tap into to make up the difference, once those funds run out of money, benefit cuts could be on the table.

Initially, the program's Trustees were predicting that the Social Security trust funds would be depleted by 2035. But the coronavirus outbreak may push up that unwanted milestone. Millions of Americans have lost their jobs in the course of the pandemic -- that means Social Security has collected a lot less payroll tax revenue this year. As a result, its trust funds may run out of money a lot sooner, leaving seniors with a lower benefit in the not-so-distant future.

Seniors who have already left the workforce and are heavily reliant on Social Security may be in for a shocking blow if benefits are indeed cut. Those who land in that situation may have to make drastic lifestyle changes, like downsizing their homes, to compensate.

But if you're not yet retired, here's a good way to prepare for potential benefit cuts: Save independently for your senior years.

Social Security isn't designed to replace your pre-retirement income in full, anyway, so you should be saving on your own, regardless of whether there's an eventual reduction in benefits or not. If you have the option to participate in a 401(k) plan through work, sign up. Otherwise, open an IRA and save your money there. If you manage to sock away $300 a month over 25 years, you'll wind up with about $228,000 in savings, assuming your IRA or 401(k) plan generates an average annual 7% return, which is a few percentage points below the stock market's average.

A reduction in Social Security benefits is no laughing matter. While seniors can rest assured that benefits won't be going away completely, losing a portion of their benefits could still be catastrophic. If you're not yet retired, use your ability to save money to your advantage so you don't need to spend your senior years worrying about how you're going to make ends meet.