If there were a magic savings number that guaranteed financial security throughout retirement, saving for that milestone would be a lot easier. But that magic number can't exist because everyone is different. You may want to spend your retirement traveling the globe and living in a major city, while someone else may want to spend his or her senior years spending time with family and staying local.

Still, it helps to have a savings target in mind when it comes to your 401(k) or IRA, and so to that end, you may find it useful to know what the average older American has socked away for retirement. And to this end, Schwab has an answer. A recent survey found that the average U.S. adult aged 55 to 75 with $100,000 or more in investable assets has an impressive $920,400 on hand. 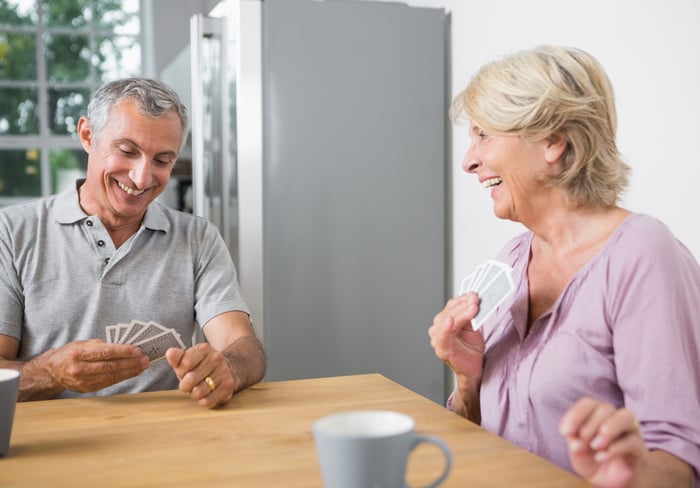 Now to be clear, $920,400 isn't necessarily the savings target you should aim for. To give you a sense of what that total means, let's imagine you decide to follow the 4% rule when determining a withdrawal strategy. The rule is a bit outdated, but it's an OK starting point.

Using that rule, $920,400 would give you close to $37,000 in annual income from savings alone. Keep in mind that that's just one income source you may be privy to. You'll probably also get Social Security, which pays the average recipient today a little more than $18,000 a year. Plus, you may have a small pension, or plans to hold down a part-time job as a senior.

As such, it's fair to say that $920,400 is a respectable savings target to aim for. And believe it or not, reaching it may be easier than you'd think.

Save early to live well as a senior

Socking away close to $1 million may seem like a difficult task. But actually, if you start early enough, you may be surprised at how seamlessly you reach that goal.

Let's imagine you start funding a retirement plan at the age of 30, and that you retire at age 67, which is full retirement age for Social Security if you were born in 1960 or later. Let's also assume that you invest your 401(k) or IRA heavily in stocks, and so your plan generates an average annual return of 7%, which is a bit below the stock market's average.

On the other hand, if you wait until age 45 to start saving, you'll need a rather daunting $1,570 a month to hit $920,400 in time for retirement. That's why it's crucial to prioritize your savings early in life -- whether you're aiming for a nest egg worth $920,000 and change or a different number. No matter what savings goal you set for yourself, the sooner you start working toward it, the more likely you'll be to have success, so figure out what you want your retirement to look like and use that as motivation to focus on your long-term savings starting immediately.