Older workers are saving for retirement, but their nest eggs may fall short.

Many seniors today rely heavily on Social Security to pay their bills. But living on those benefits alone is tough.

Social Security will only replace about 40% of the typical worker's pre-retirement income. Since seniors typically need a lot more money than that to live comfortably, saving independently is often a huge necessity.

But some of today's older workers may be falling short in that regard. The median retirement savings balance among baby boomers is $202,000, according to the 21st Annual Transamerica Retirement Survey. But when we break that number down, it amounts to only a small amount of income on an annual basis.

Many financial experts follow the 4% rule, which has you withdrawing 4% of your savings balance your first year of retirement and then adjusting subsequent withdrawals for inflation. If you follow that guidance, a starting savings balance of $202,000 will give you a little less than $8,100 a year in income. 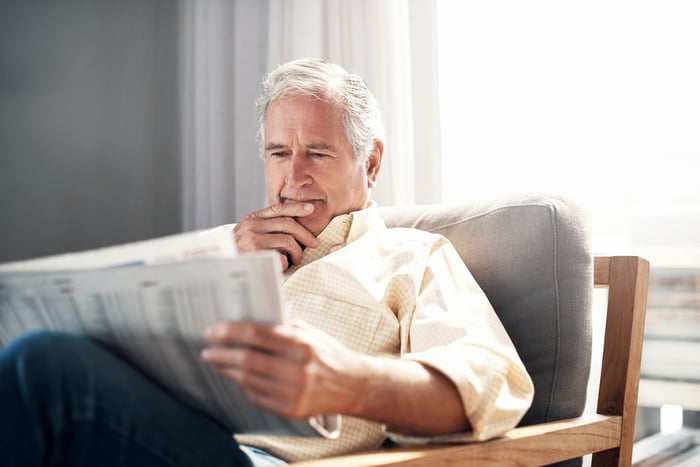 As such, it's clear that a lot of baby boomers today are in trouble. But the good news is that if you're nearing the end of your career and aren't happy with your savings plan balance, you can take steps to better your long-term financial picture.

First, plan to work longer. If you were going to retire at 67, push yourself to work until age 70 instead. Doing so will achieve a few purposes. First, it'll give you an opportunity to add to your savings. Second, it will help you leave your existing savings alone for longer. Finally, it could put you in a position to delay your Social Security filing, thereby boosting your benefits in the process.

At the same time, you may need to rethink some of your retirement plans. Instead of keeping your larger home, you may need to look at downsizing. Or you may have to relocate to a part of the country where your income will go further. And of course you may also need to consider holding down a job as a senior to generate some earnings.

A big reason many of today's older workers don't have a huge amount of money in retirement savings is that the importance of socking away funds independently wasn't as clear 40 years ago as it is today. Back then, many workers were privy to pensions, which have grown less and less commonplace over time. As such, baby boomers today may be lacking in savings not because they were financially irresponsible, but because they were never really told to start saving from an early age.

If you're now approaching retirement with less money than you're comfortable with, don't give up on the idea of long-term financial security. Instead, adjust your plans and do everything within your power to boost your nest egg while you can.