Should you claim benefits at 62? Here's what you need to know.

You'll often hear that claiming Social Security at age 62 is a dangerous move. The reason? If you file for benefits before full retirement age (FRA), you'll slash them on a permanent basis. FRA doesn't kick in until 67 for those born in 1960 or later, and so if that's the category you fall into and you file for Social Security at 62, you'll be looking at a 30% reduction in your benefits -- for life.

In spite of that, in some situations, filing for benefits at 62 makes a lot of sense. Here are three great reasons to sign up for Social Security at 62 despite the drawbacks involved. 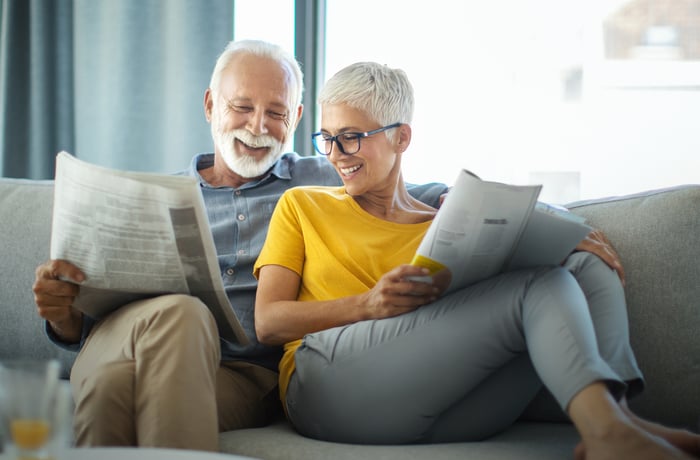 The median amount Americans have saved for retirement is $93,000, according to a recent Transamerica survey. And frankly, that's not a lot of money to live on.

But what if you've done a terrific job of saving and are sitting on, say, 10 times as much money in your IRA or 401(k) plan? At that point, you may still need some money from Social Security to live comfortably in retirement. But you may also be in a position where you can afford to have your benefits take a hit if it means being able to retire early.

In fact, as a reward for doing such a good job of building a nest egg, you deserve an early retirement if that's a goal of yours. And claiming Social Security at 62 could be your ticket to leaving the workforce when you want to.

2. You're out of work and need the money

Some people aim to retire early. Others are forced into that boat.

If you've landed in the latter situation, claiming Social Security could spell the difference between keeping up with your living costs and racking up debt just to cover your basic expenses. And while debt is a dangerous thing to accrue at any age, it's especially dangerous for near- or current retirees. The older you are when you get into debt, the greater your chances of not managing to pay it off in your lifetime.

Furthermore, if you've lost your job but don't have good credit, borrowing money to live on may not even be an option. And so in that case, claiming Social Security at 62 isn't only a smart move -- it's a necessary one.

3. You want to kick-start a second career

Many people aim to retire and never work again. But you may have different plans. And if your plans include starting a business of your own to keep yourself busy as a senior, then filing for Social Security at 62 could be your ticket to embarking on that venture sooner.

One thing many people fail to realize is that retirement can be, well, boring. When you're used to working full-time, it's nice to have a week of downtime here and there. But 52 weeks of downtime a year, every year, may be too much for you. And so starting a business could be a great way to not only occupy your time in a meaningful way, but boost your retirement income.

In fact, it may be a good bet to keep working until your mid- or late 60s, but to file for Social Security at 62 and use your benefits to get your new business going. That way, you can spend some time ironing out the kinks so that by the time you resign from your main job, you're ready to dive right in.

In some cases, signing up for Social Security at 62 is a poor choice. But if these situations apply to you, claiming benefits at 62 could be a very smart decision.