I'm planning to wait as long as I can to begin collecting this benefit!

Like all future retirees, I could begin claiming Social Security benefits as early as age 62. And I've developed my retirement goals by making the assumption I'll get the reduced benefit that would result from doing so. But I actually don't intend to file for my checks anywhere near that age.

In fact, if things go according to plan, my intention is to wait until the age of 70 to start getting Social Security. There are three big reasons why that's the case. 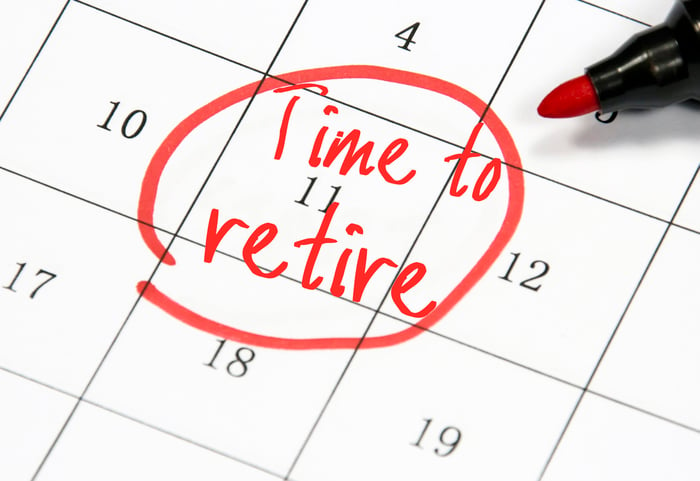 1. I won't need the money to retire earlier

If I needed Social Security to enable me to leave the workforce, I would probably be planning to start my checks earlier. While I love my job, I don't necessarily want to be stuck doing it until I'm 70 just because I can't afford to quit.

But the good news is, I won't be reliant on Social Security as a crucial income source since I am expecting my investments to provide enough to support me without it.

Since claiming my checks isn't crucial for me to retire, I have the luxury of choosing the optimal claiming age based on a desire to maximize lifetime benefits -- which, for me, means starting checks at 70.

2. I know the odds of maximizing lifetime income are better if I wait

As mentioned above, I believe starting checks at 70 gives me the best chance of getting the most money possible from Social Security. Here's why.

The retirement benefits program was designed with the goal of equalizing out the amount of income that you receive, regardless of when you first start getting checks. Early claimers see a reduced benefit but get more checks, while the reverse is true for late filers.

But life spans have gotten longer since the initial design of Social Security, and now, more than half of retirees end up with more lifetime income if they delay claiming checks until age 70. Since I hope to live a long time, I would rather play the odds and anticipate I'll live long enough to benefit from delaying the start of my checks as long as possible.

3. I want to maximize survivor benefits in case I die first

When one spouse passes, the surviving spouse gets to keep the higher of the two benefits. Maximizing my benefit thus means my husband would get a larger amount of survivor benefits than if I'd shrunk my checks with an early claim. My delay thus further increases the chances that, as a couple, we'll get the largest amount of Social Security money possible.

Since I'll spend my working life paying into Social Security, it just makes sense to me to try to choose a filing strategy that's likely to provide the biggest payoff in the end.