One issue that has been discussed many times during the tax reform saga is the marriage penalty: Many married couples pay more taxes as a couple than they would if they were single. In fact, President Trump's campaign tax plan called for the elimination of the marriage penalty in a new, simplified tax code.

Here's an overview of the marriage penalty under current tax law, and what the House and Senate versions of the Tax Cuts and Jobs Act would do about it. 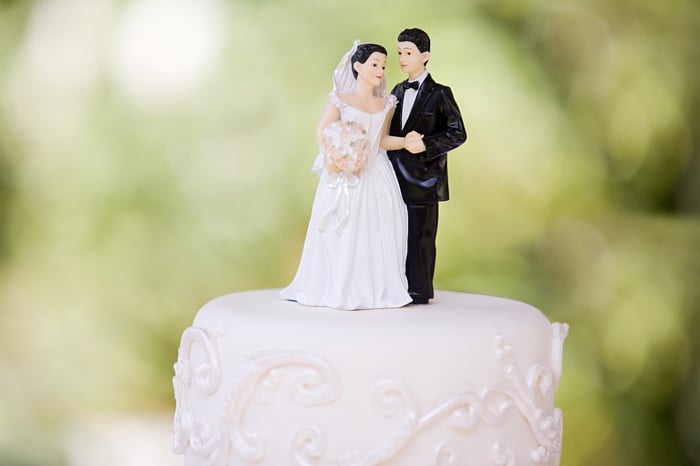 When most people use the term "marriage penalty," they're referring to the difference in the tax brackets for single filers and married couples filing jointly.

As a simplified example, if a certain tax bracket applies to income above $75,000 for single filers, you might expect the same bracket to apply to income above $150,000 for joint filers. However, this isn't how our tax system works.

Here's why this is considered to be a penalty. Let's say that two successful single individuals each earn $250,000 per year. According to the 2017 tax brackets, these individuals would each fall in the 33% marginal tax bracket. On the other hand, if these two individuals get married and file a joint tax return, their combined income of $500,000 would put them into the 39.6% bracket and result in significantly more tax liability.

There are other marriage "penalties" in our tax code

In addition to the tax brackets, there are other ways that married couples can potentially be penalized. Just to name a few:

Finally, it's worth stressing that the marriage penalty is only a "penalty" if both spouses work. In other words, if an individual earns say, $75,000 and marries someone who doesn't work, their taxes will almost certainly be lower as a married couple.

Elimination of the marriage penalty, as far as the tax brackets go, would mean that the income thresholds for each marginal tax rate for married couples would be exactly double those that apply to single individuals.

While both the House and Senate versions of the Tax Cuts and Jobs Act would certainly reduce the marriage penalty, neither would eliminate it entirely.

The Senate's tax brackets would eliminate the marriage penalty in most tax brackets. The plan proposes a seven-bracket structure, and the income thresholds for the first three tax brackets, as well as for the highest bracket, would be exactly double for married couples as they are for singles.

The House version of the bill has a similar feature. The plan would create four tax brackets, and the income thresholds for the lowest and highest brackets would not have a marriage penalty.

For comparison, only the lowest two tax brackets are without a marriage penalty under the current 2018 tax brackets.

Will the marriage penalty go away?

We don't yet know what a final tax reform bill will look like. In order for a tax bill to become law, the House and Senate need to pass identical bills, and as they stand right now, there are several significant differences.

Having said that, both versions seem to have similar ideas about the marriage penalty: keep it out of the lower tax brackets, and eliminate it for the highest earners. The bottom line is that it looks like the marriage penalty will still exist if and when tax reform is passed, but to a lesser extent than it does now.

Will Tax Reform Get Rid of the Marriage Penalty? @themotleyfool #stocks Next Article
Current