3 Credit Card Mistakes I've Made That You Should Avoid 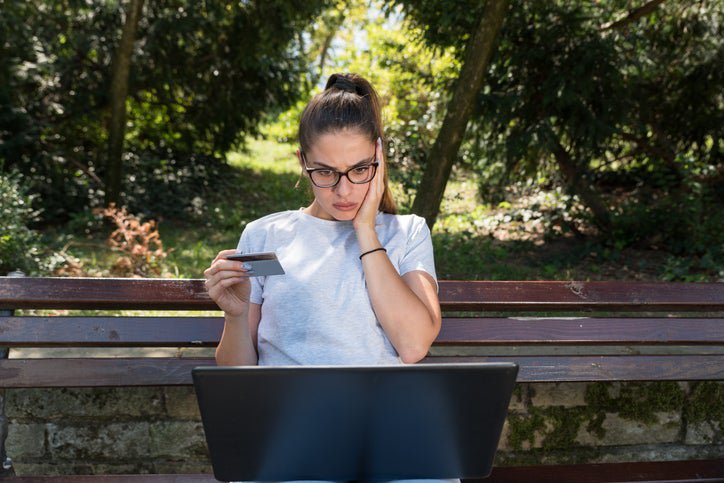 I made some credit card blunders in my day. Here's how you can learn from them.

As someone who opened her first credit card back in college, I'm no stranger to managing purchases, paying bills, and maximizing rewards. But sometimes, even experienced credit card users mess up from time to time. I'm sharing a few blunders I've made with my credit cards so you don't repeat them.

One major benefit of using credit cards is getting to rack up rewards for the purchases you're already planning to make. But if you let those rewards expire, they won't be worth anything.

This was an error I made. I had accumulated a bunch of rewards for a retailer I shop at a lot, and I was waiting for leggings and sweatpants for my kids to go on sale so I could cash in my rewards and score some staple items on the cheap. The problem? The items on my list didn't go on sale for months, I stopped checking, and before I knew it, my reward code was no longer valid. All told, I gave up $20 in store rewards, which wasn't the biggest deal, but was frustrating nonetheless.

If you have a credit card that gives out rewards that expire, add that date to your calendar so you don't lose out on the money like I did. Or, find another use for your rewards. When I saw that the pants I wanted to buy for my kids weren't going on sale, I should've considered using my rewards for other basics, like socks (which, in my household, get lost or ripped all the time).

2. Canceling a card with no annual fee that I had for a long time

Up until a couple of years ago, one of the credit cards I opened in college was still taking up space in my wallet. Though the card didn't charge an annual fee, it also didn't offer a great rewards program -- so I basically stopped using it, since I had other cards that rewarded me more generously. After a while, I decided to cancel that card rather than hang onto it for no reason. And once I did, my credit score dropped.

There are several factors that go into calculating a credit score, and one of them is the length of your credit history. Having long-standing accounts open can actually help your score, so in my case, closing that older credit card was a bad move, especially since it wasn't costing me anything to leave it open. If you're in the same boat, stick that unused credit card someplace safe, but don't rush to close it for no reason.

3. Forgetting to cancel a card I didn't need that charged a fee

In mid-2019, I opened a travel rewards credit card with a $95 annual fee that was waived the first year. At the time, I had a lot of travel planned. But during the pandemic, I haven't gone anywhere other than trips by car to visit friends out of state. It turned out I didn't need that card at all in 2020, and I don't know that I'll need it this year either, as we have no plans to fly anywhere. The problem? I forgot to cancel the card before it renewed in mid-2020 and got stuck with that $95 fee.

It's common for credit cards to waive their fee for the first year to draw customers in, but one thing you should know is that you won't always get a letter stating that your card is about to renew. If you're going to sign up for credit cards you intend to cancel after a period of time, mark those dates on your calendar so you don't forget them.

We all make mistakes, and thankfully, none of mine were too problematic. Yes, I lost out on some rewards, blew $95, and caused my credit score to drop -- but thankfully, that last one happened at a time when my score was pretty high to begin with. At the same time, all of these blunders were due to carelessness, so now that they're on your radar, do whatever you can to avoid following in my footsteps.