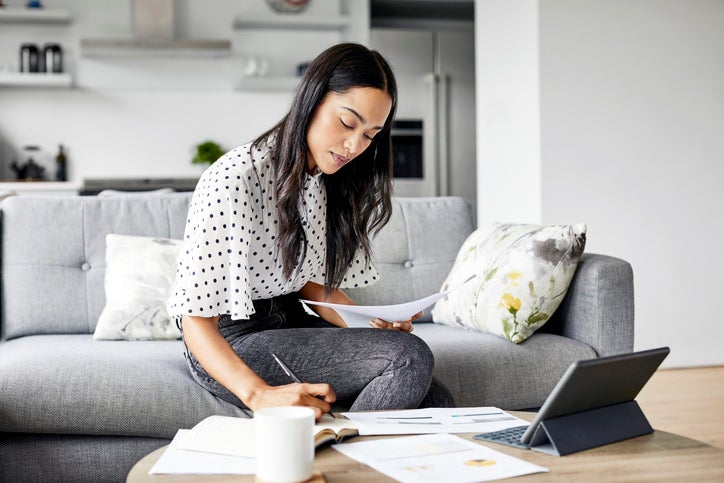 It could save you a lot of money and a lot of hassle.

The debt snowball is a very popular method of paying off debt. It involves making extra payments on your debt, starting with the lowest outstanding balance. You'll pay the minimum on all of your loans but send extra money to the debt you owe the lowest amount on.

Once that low-balance debt is paid off, you'll start working on the debt with the next-lowest balance. Each month, the payment you were previously making on the newly paid-off loan will be added to the next debt you're paying down.

Where the debt snowball method came from

The debt snowball approach was popularized by personal finance guru Dave Ramsey. He believes repaying the lowest balance first helps you stay motivated because you score quick wins as you pay off your debt.

Unfortunately, this popular get-out-of-debt strategy can be an expensive way to pay back what you owe. That's because you could spend a long time working on repaying debt that has low interest rates before even starting on your high-rate debt. This could happen if your most expensive loans also happen to have high balances, so they come late in your snowball.

Rather than using an approach that could leave you holding on to costlier loans with higher balances, you may want to consider another method of debt payoff instead.

RELATED: See The Ascent's debt snowball calculator to see which debts you should pay off first.

There's actually an easier approach to debt repayment than the debt snowball, and it could end up being a lot cheaper. It involves refinancing your debt.

If you can qualify for a low-interest personal loan and use it to pay off most or all of your other debts, you could eliminate the question of which loans to pay off first. You would no longer have a whole bunch of different debts to prioritize. Instead, you would have one fixed rate loan with set monthly payments that you pay each month. You wouldn't have to worry about staying motivated or how quickly you're paying off each debt since you'd have required monthly payments that would result in your entire balance being paid in full by the end of the loan term.

If your refinance loan has a lower rate than your existing debt, you could also save a lot of money compared with the snowball method. Say, for example, you have a big loan at 17% interest that would be far down on your list of debts to pay if you followed the snowball approach. Instead of paying that 17% rate for a very long time as you work on paying off cheaper debt, you'd immediately drop the cost of that expensive loan by refinancing.

Refinancing makes financial sense only if you can actually get a lower rate than what you're currently paying. But if you have a lot of credit card debt, chances are a personal finance loan would be a lot cheaper than your card's current rate. It's worth shopping around to get some refinance quotes before considering the debt snowball approach, so you can see if refinancing would make sense for you.