5 Things to Know Before You Buy Stablecoins 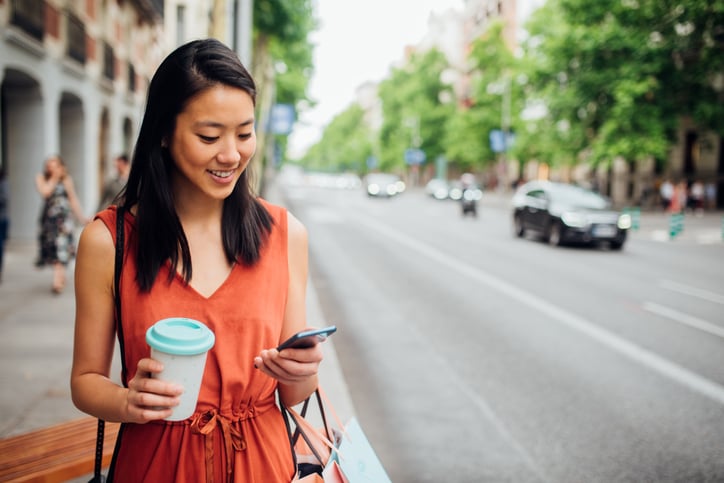 Stablecoins are less volatile than other cryptocurrencies, but they still carry risk.

Stablecoins are another segment of the cryptocurrency industry that's grown dramatically in recent years. The price of these coins is pegged to another asset, such as the U.S. dollar or the value of gold. This prevents the massive price fluctuations you find in other cryptocurrencies.

One challenge for cryptocurrency like Bitcoin (BTC), when used as a form of payment, is that companies want to know what their assets will be worth. Let's say you run a business and get paid in Bitcoin but have to pay your staff and suppliers in dollars. If Bitcoin suddenly loses 20% of its value, you might then struggle to meet your obligations.

That's where stablecoins come in. They offer the benefits of cryptocurrency, such as fast, cheap, secure transactions, but with less volatility risk. Plus, they are extremely liquid and easy to trade, which makes them an ideal base trading currency.

If you're thinking about buying stablecoins, here are some things you should know:

As the name suggests, stablecoins are stable. Where the prices of other cryptocurrencies can rise or fall dramatically, stablecoins won't. Unless of course something dramatic happens to the asset they are tied to.

The downside is that you may also miss out on the potential for high returns in the long term, which is what attracts many investors to cryptocurrency. Where Bitcoin has risen almost 5,000% in the past five years, stablecoin Tether is still worth $1 apiece.

2. Stablecoins can be backed by different types of collateral

Each stablecoin needs to be backed by some kind of collateral. Here are the main ways that can work.

Don't buy stablecoins thinking you'll be able to avoid all the risks of cryptocurrencies just because there's less volatility. For example, your wallet or exchange could still be hacked. If this happens, it would be almost impossible to recover your assets -- even if they are stablecoins -- unless the platform is insured.

If you keep your stablecoins in a custodial wallet on an exchange, you need to consider what will happen if that exchange fails or goes bankrupt. If it were a bank account, your money would be insured by the FDIC up to $250,000. Stablecoins don't always have that protection.

Finally, you need to be sure the stablecoin is sufficiently backed by collateral. If there's a run on that coin, it should be possible for everybody to cash out at once. Unfortunately, that may not always be the case.

4. Look for a stablecoin that's transparent and audited

If an issuer released $20 million in stablecoins, it would need $20 million in traditional money to support it. But how can you be sure it has that support? Several stablecoins, such as the Gemini Dollar, are regularly audited by independent accounting firms to confirm the cash it keeps in reserve.

In contrast, the world's largest stablecoin, Tether, has come under fire for not fully backing its currency. According to a New York Attorney General (NYAG) investigation, at one point, Tether was only 74% backed by reserves. If everybody had sold their Tether, some people would have been left with nothing.

As part of its settlement agreement with the NYAG, Tether has now released more information about its assets. But that information has not been verified by an outside auditor.

5. You can earn interest

One appealing aspect of stablecoins is that you can earn much higher rates of interest than you'd get with a savings account. Several top cryptocurrency exchanges pay high interest rates -- sometimes from 5% to 10% or more -- on stablecoin deposits.

The way exchanges pay such high rates is by lending your money out through decentralized finance (DeFi). Borrowers put down collateral against the loan, which should give you some protection. But if there's a sudden economic crisis or a lot of people default, it remains to be seen whether there is enough protection in place.

Stablecoins are certainly a less risky way to get into crypto. But there are still risks. And it's also worth watching what governments are doing in terms of launching their own digital currencies or govcoins. These would have a significant impact on the stablecoin market, especially coins that aren't fully backed.

Ally is an advertising partner of The Ascent, a Motley Fool company. The Motley Fool owns shares of and recommends Axos Financial, Bitcoin, and Ethereum. The Motley Fool has a disclosure policy.
Many or all of the products here are from our partners that pay us a commission. It’s how we make money. But our editorial integrity ensures our experts’ opinions aren’t influenced by compensation. Terms may apply to offers listed on this page.