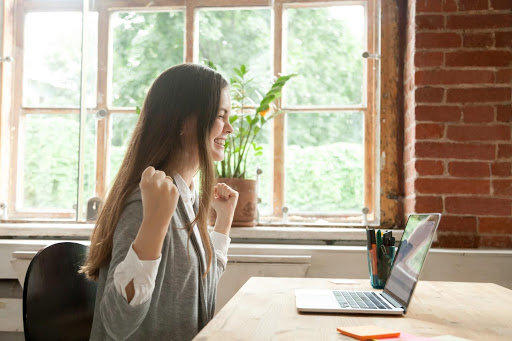 SushiSwap has seen huge gains this year, but like all cryptocurrencies, it also carries risk.

SUSHI, the governance token for the SushiSwap decentralized cryptocurrency exchange, has increased by 180% in the past seven months. That means if you'd bought $1,000 of SushiSwap (SUSHI) at the start of the year, you'd have about $2,800 today.

Cryptocurrency investments may produce high returns but they may also lose value. And sadly, some cryptocurrencies will fail altogether.

SushiSwap is a decentralized exchange (DEX) -- a place where traders can swap coins without needing a middleman. Just one year old, it has succeeded so far despite a bumpy start.

The story behind SushiSwap's launch

SushiSwap used the same source code as leading DEX Uniswap (UNI), but with a few differences. It offered more rewards to token holders and had additional features. When SushiSwap launched, it took over $1 billion in total liquidity from Uniswap in its first week, primarily because it offered rewards to investors who switched.

However, there's a twist to the story. SushiSwap was established by an anonymous developer called Chef Nomi. Just one week after the launch, Nomi cashed out, sparking fears that the whole project was a scam. He took around $14 million worth of SUSHI and Ethereum (ETH) out of the developer fund.

The price of SUSHI fell by almost 50% and investors were furious. Nomi denied any wrongdoing and claimed he had sold the coins so he could focus on building the business. The SushiSwap community was unconvinced, and it looked like the company was finished before the chefs had even served the main course.

However, Sushi was saved by Sam Bankman-Fried of derivatives trading firm Alameda Research and the FTX crypto derivatives exchange. He owned SUSHI tokens and was worried that if the exchange failed, it could undermine the whole industry.

He pushed for Nomi to step down. Nomi gave control of SushiSwap to Bankman-Fried and eventually returned the funds. The community then elected nine leaders who jointly hold the keys.

Beyond getting ideas for a cryptocurrency-based soap opera, there are two big lessons we can draw from this saga:

If you're considering buying SushiSwap, here are a few areas to investigate.

Whether you're buying property, stocks, or cryptocurrency, you need to understand the competitive environment. In the case of SushiSwap, that means comparing it with the other DEXs -- such as Uniswap (UNI), 1inch (1INCH), and PancakeSwap (CAKE).

Look at things like the number of users, trading fees, gas fees, and how each DEX is run. It's unlikely that a single DEX will eventually supersede all the others. But equally, they may not all survive in the long term.

Also consider how SushiSwap stacks up against the centralized cryptocurrency exchanges. Bear in mind that some observers argue centralized exchanges, which currently carry out the vast majority of trades, could squeeze DEXs out of the market altogether.

SushiSwap survived its difficult birth, but decentralized exchanges may soon face significant challenges in the form of increased regulation. DEXs let people swap cryptocurrencies without providing proof of identity -- often without sharing any personal data at all. And that anonymity has regulators worried.

Authorities are concerned this could facilitate money laundering and the financing of other illicit transactions. The E.U. has proposed outlawing anonymous cryptocurrency trading altogether. And the U.S. is likely to introduce stricter cryptocurrency regulation, though it isn't clear exactly what shape it will take or when it will happen.

A liquidity pool is made up of pairs of tokens that investors commit to the pool. In exchange, they earn a percentage of the trading fees paid on each transaction. There are associated risks, which you need to understand before you buy SUSHI or any other DEX token. But one big advantage of owning utility tokens on DEXs is the potential to make them work for you.

All in all, SushiSwap has an interesting governance model, and it pays more rewards to token holders than other DEXs. In terms of leadership, its teething troubles may actually have left it with a stronger foundation than other cryptocurrencies. But it's still a volatile investment, and the rewards may not be high enough to make up for any significant losses in value.

The Motley Fool owns shares of and recommends Ethereum. The Motley Fool has a disclosure policy.
Many or all of the products here are from our partners that pay us a commission. It’s how we make money. But our editorial integrity ensures our experts’ opinions aren’t influenced by compensation. Terms may apply to offers listed on this page.