Kraken is a fully functional crypto exchange with low fees and a good mix of coins. It's also one of the only U.S. crypto exchanges to provide advanced trading tools like margin, at least to certain clients. It says it aims to be the "best and most secure." To see if that's true and to find out if it's the best exchange and trading platform for you, read our full Kraken exchange review. 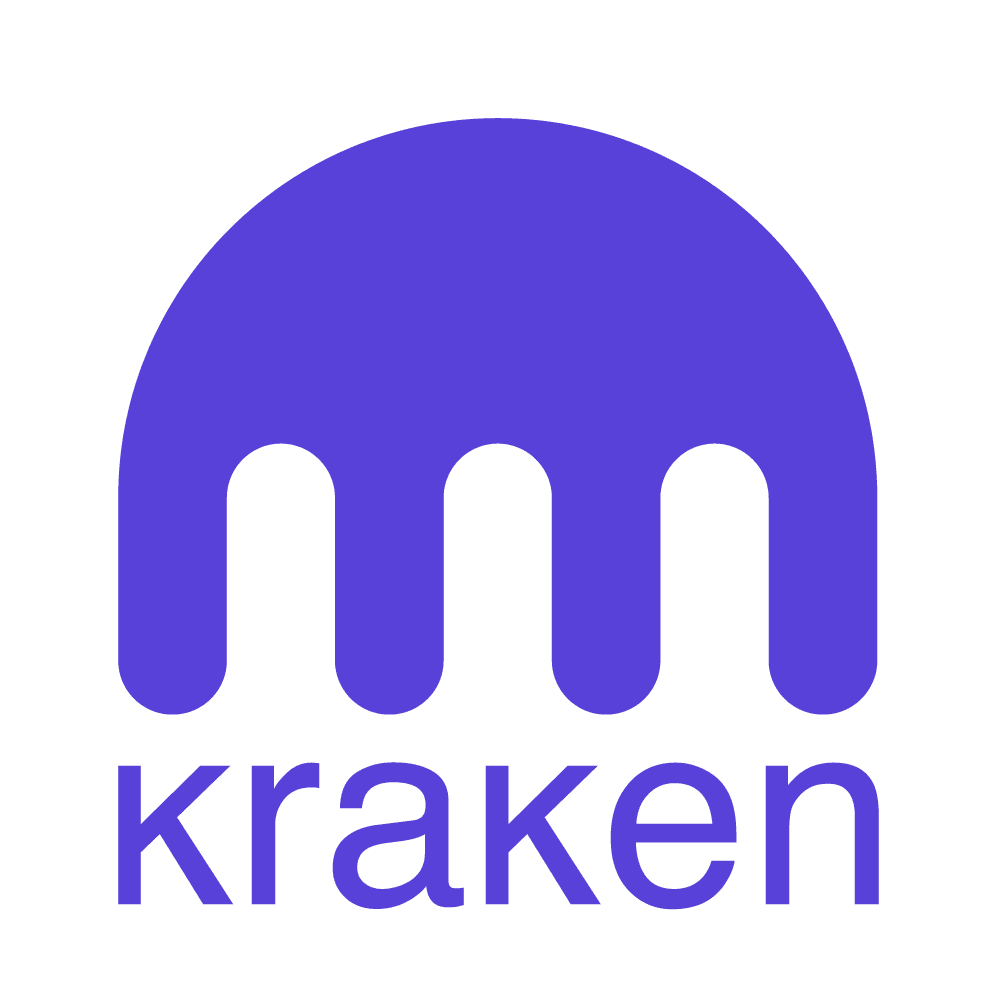 Stands out for its competitively low fees, cryptocurrency selection, and trading platform. But its customer service ratings are low and warrant reviewing before signing up.

This cryptocurrency exchange is a good fit for: Experienced investors who will make the most of margin trading and other advanced features.

Kraken is a reputable cryptocurrency exchange that's been around for almost a decade. It's a solid option with a lot going for it.

Founded in 2011 and launched in 2013, Kraken is one of the largest and oldest exchanges in the world. And it's had its eyes on security from day one. The fact that it hasn't been hacked in nine years speaks for itself.

The U.S.-based exchange has consistently led the industry in security. It boasts both physical security and financial stability. Plus, it pushes users towards healthy security habits.

Kraken has over 160 coins and deals with seven fiat currencies. That's not the biggest selection of digital currency you'll find, but it's comparable to some of the best cryptocurrency exchanges. And it's a step up from many brokers that only offer a handful of well-known coins. Kraken also boasts a high liquidity, meaning it is easier to buy and sell at a fair price.

Kraken works using currency pairs and not all of its currencies are exchangeable for the others. What is a currency pair? Imagine you're taking a vacation in Germany and you need to exchange your dollars for euros. That's a currency pair. If you're using dollars to buy Bitcoin or Bitcoin to buy Ethereum, you're always swapping one currency for another.

Kraken is one of the few exchanges that offers margin, stop orders, and crypto short sales. It also has something called a dark pool where high-volume investors can trade anonymously. Kraken lets you leverage a currency pair by up to 5x and allows eligible pro clients to access up to $500,000 in margin. Before you get too excited, margin trading can be risky. You're essentially borrowing money to invest.

Let's say you invest $100 in Ethereum. You decide to use that 5x margin. If Ethereum goes up in value, you'll multiply your gains by 5. But if Ethereum loses value, your losses will also be multiplied. Cryptocurrencies are already a risky investment, and using margin exponentially increases that risk.

Kraken's fees are on par with several exchanges. It isn't the cheapest, but its maker-taker fees are lower than, say, Coinbase. Trading fees differ from exchange to exchange and often depend on how much you trade each month. Look at how much it will cost you to deposit and withdraw money as well as what you'll pay for each transaction. Be aware that fees can add up if you use the instant buy feature rather than the pro platform. I learned the hard way that the fees are much higher with this feature.

I am a big fan of Kraken's staking services and have several coins earning APYs of at least 4% in it. Users can stake over 15 different cryptos and earn between 0.25% and upwards of 20%. Staking usually involves tying up your coins to contribute to the overall security of that particular blockchain. It can be a great way to earn passive income on your crypto.

What could be improved

Not for beginner investors

Kraken does have some good educational resources for investors who are new to cryptocurrency trading. This includes individual currency guides and a series of explainer videos. However, with all of its advanced features, the site is designed for more experienced traders. With so many coins and so much functionality, beginning investors will find it difficult to adjust. When I first logged on, I found it difficult to find my way around the site as it isn't as intuitive as other platforms.

Kraken offers three account levels, which we'll cover in more detail further on: starter, intermediate, and pro. The starter account -- which is the only one you can get without submitting a photo ID and other documents -- barely lets you do anything.

That may be frustrating as a user. But it's also part of what makes Kraken secure and allows it to offer those advanced features.

You can deposit U.S. dollars using FedWire but only once you've provided ID and verified your account. If you live in the U.S., credit and debit cards can't be used as a deposit method. And it can take one to five business days to process fiat currency deposits.

However, you only need a starter account to deposit coins, and it will take about five minutes. Kraken has resources available to help you transfer funds from other exchanges.

This crypto exchange boasts 24/7 customer service, and has an easy-to-navigate help center. That said, it only scores 2.2 out of 5 on Trustpilot. It's always difficult to know for sure how trustworthy those reviews are, but you want to trust the people you're transferring your hard-earned cash to.

Several reviews complain that their money didn't arrive in their account and that the support desk hadn't responded. That said, I appreciate the fact that Kraken has both live support and a phone number you can call. This isn't an option on many crypto exchanges.

If you want to dip your toe into the crypto waters: Robinhood offers a limited number of cryptocurrencies but also lets you buy stocks and ETFs with low fees.

If you want to pay by debit card: Coinbase is a popular exchange with a user-friendly interface. It lets you transfer cash from your bank account electronically or pay using a debit card.

Kraken is pure crypto exchange. It doesn't try to offer savings accounts or loans. Users can leave assets on the platform, but it encourages people to move them to an external crypto wallet. Kraken stresses that it is an exchange, rather than a wallet service. However, I do use its custodial wallet because it offers decent staking rates. Kraken has a wide range of tokens that can be staked as well as competitive rewards, making it a top platform for staking.

It's a centralized exchange that you can access online or using its mobile app. As we've discussed, qualified users can access margin, stop orders, and crypto short sales on Kraken. It also lets you stake coins to earn interest if you leave that currency untouched in your account.

To set up a basic account, you'll need to provide information, such as your name, date of birth, and address. You need to be over 18 and live in a supported area (anywhere in the U.S. apart from Washington and New York).

It has three levels of verification:

To fund your Kraken account, you'll need to make a transfer -- see the fee structure below. You cannot use your debit or credit card to buy cryptocurrencies with Kraken in the U.S. Funding can take up to five days to process.

Like many exchanges, Kraken uses a maker-taker fee structure. It gives reductions to those with large trading volumes. Fees for cryptocurrency deposits and withdrawals depend on the currency. For example, you'd pay 0.00001 BTC to withdraw Bitcoin with a minimum of 0.00050 BTC.

Kraken also has an instant buy function, which -- as with other exchanges -- charges much higher fees. I don't live in the U.S. so I am able to buy using a debit card, but the fees are steep. For example, when I first bought Ethereum on the platform, I paid a 1.5% Kraken fee plus a 3.75% card fee plus an additional 0.25 euro. This can be significantly reduced if you deposit fiat money via a bank transfer and use the pro platform, nonetheless those costs can add up.

Fees are slightly higher to trade Stablecoin and FX pairs:

Kraken has a strong mix of cryptocurrencies available. There are over 160 coins available, with about 130 listed for U.S. traders. These include top coins like Bitcoin, Ethereum, and Cardano. It has three stablecoins and works with seven different fiat currencies.

Is your cryptocurrency safe with Kraken?

Security is one of Kraken's founding principles. It hasn't been hacked since it launched in 2013 and is widely recognized as one of the most secure cryptocurrency exchanges. That said, cryptocurrency security is a hotly debated topic and any exchange can be susceptible to hacks. Here's more on Kraken's approach to security.

One aspect of Kraken's security that I appreciate is that you can set up different two factor authentication (2FA) codes for specific activities -- such as sign in, funding, or resetting your password.

Kraken is right for you if:

Emma lives in Bogota, Colombia, where she owns the English-language newspaper The Bogota Post. She began her editorial career at a financial website in the U.K. over 20 years ago and has been contributing to The Ascent since the summer of 2019.

This advertisement contains information and materials provided by Robinhood Financial LLC and its affiliates (“Robinhood”) and Publisher, a third party not affiliated with Robinhood. All investments involve risk and the past performance of a security, or financial product does not guarantee future results or returns. Securities offered through Robinhood Financial LLC and Robinhood Securities LLC, which are members of FINRA and SIPC. Publisher is not a member of FINRA or SIPC.

This advertisement contains information and materials provided by Robinhood Financial LLC, Robinhood Securities LLC and its affiliates (“Robinhood”) and Publisher, a third party not affiliated with Robinhood. All investments involve risk and the past performance of a security, or financial product does not guarantee future results or returns. Securities offered through Robinhood Financial LLC, a member of FINRA and SIPC and a wholly-owned subsidiary of Robinhood Markets, Inc. Cryptocurrency trading offered through Robinhood Crypto LLC. Robinhood Crypto and Publisher are not a members of FINRA or SIPC and cryptocurrencies are not stocks and your cryptocurrency investments are not protected by either FDIC or SIPC insurance.