Many or all of the products here are from our partners that compensate us. It’s how we make money. But our editorial integrity ensures our experts’ opinions aren’t influenced by compensation. Terms may apply to offers listed on this page.

Missouri is serious about its auto laws. The last thing a driver wants to do is get pulled over without proper auto insurance, particularly if they're involved in an accident. For anyone who wants to drive legally but is on a budget, the best bet is to search through the cheapest car insurance policies. Here, we've combed through auto insurance carriers to find the best car insurance in Missouri with low-cost options.

When it comes to cheap Missouri auto insurance, USAA is the clear winner -- across the board, actually. With an average annual rate of $933, USAA leaves most insurers in the dust. 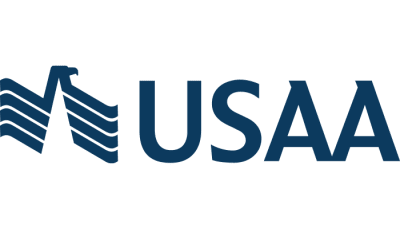 Best for Missouri drivers with a clean driving recordUSAA
Rating image, 4.00 out of 5 stars.

Because USAA is only available to military members and their families, the next best options are:

Again, because not everyone qualifies for a USAA policy, here are a few other insurance companies with affordable rates:

There's no denying that insurers charge more to insure teens and young drivers. As high as the following premiums may seem, they are far and away lower than many insurance companies. One of the best car insurance companies in Missouri for young, inexperienced drivers is once again USAA. USAA offers teens an average annual rate of $2,016.

Even though they're more expensive than USAA, these three carriers still beat the rest of the pack:

One advantage of getting older is that you have years of driving experience under your belt. Because of that, some of the most affordable car insurance rates in Missouri are offered to seniors. Once again, one of the best insurance companies in Missouri is USAA. Current and former members of the military (of a certain age) can score a rate in the vicinity of $980 annually.

Other contenders for low-cost car insurance include:

Those who do not qualify for USAA coverage still have three worthy options. They are:

The average rate for Missouri auto insurance is precisely the same as the national average auto rate: $2,646.

Missouri car insurance laws are serious business. If a driver is pulled over and cannot provide proof of insurance, they can expect one of the following penalties, depending on why they were pulled over:

How to get cheap auto insurance in Missouri

The goal is to land an insurance policy with the highest level of coverage at the lowest price. Drivers can help themselves by looking out for the following:

Insurance companies appear to believe that looking into the past is the best way to predict the future. That's why they consider driving records when quoting a premium price. The cleaner the record, the lower the premium. One of the easiest ways a driver can receive a low car insurance quote is to keep their driving record clean.

Studies show that drivers with high credit scores tend to make fewer insurance claims. And that's the reason an insurance carrier will run a driver's credit score before quoting a premium. Simply put, the higher the credit score, the lower the premium. Any driver whose credit score is making it tough to snag a low annual insurance premium may want to focus on boosting their score so they can take advantage of lower rates.

As drivers consider, "How much is car insurance in Missouri?" they will likely wonder if there are ways to keep the annual premium down. There are. Insurance companies offer a wide range of discounts on car insurance. Here are some of the most popular:

Other things to consider when looking for car insurance in Missouri

The Insurance Information Institute estimates that 1 in 6 Missouri drivers are on the road without insurance. As they compare car insurance rates in Missouri, drivers should carefully consider which company offers the greatest level of coverage for the lowest price. And because 1 in 6 drives without coverage, they should pay careful attention to the levels of uninsured motorist coverage available to them.

You May Be Able To Bundle: Did you know you can bundle your car insurance with some of the best Missouri homeowners insurance policies?

Dana George has a BA in Management and Organization Development from Spring Arbor University. For more than 25 years, she has written and reported on business and finance, and she's still passionate about her work. Dana and her husband recently moved to Champaign, Illinois, home of the Fighting Illini. And though she finds the color orange unflattering on most people, she thinks they'll enjoy Champaign tremendously.

The data found on this page is a combination of publicly available quote data obtained directly from the carrier as well as insurance rate data from Quadrant Information Services. These rates were publicly sourced from the top ten (10) to fifteen (15) carrier markets, within each state, based on annual written premium and should be used for comparative purposes only -- your own quotes may be different.