Study: It Pays to Be Generous 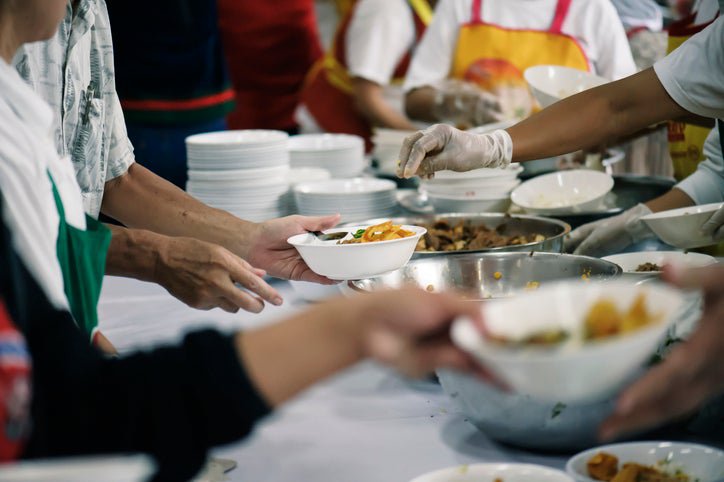 How satisfied are you with your life? It's probably not a question you think about very often. But it's an important one.

Here's another one: Do you want to be more satisfied with your life? A recent study by The Ascent shows how you might be able to do that. Generosity comes in many forms, but no matter how you practice giving, it could be the key to a happier life.

High-generosity people were 23% more likely to be satisfied with their lives overall -- but they were also happier with their relationships, their jobs, their possessions, and more.

As it turns out, having the highest savings account balance may not be the key to happiness.

Let's dive into the data to see just how much happier generous people are.

What does it mean to be generous?

We asked over 1,000 Americans about how satisfied they were with various parts of their lives. We also asked them how generous they were. Each participant filled out the Adapted Self-Report Altruism Scale, which asks whether a respondent would engage in 14 different generous behaviors.

(For more information on the scale, check out Rushton, Chrisjohn, and Fekken (1981).)

Here are a few of the items:

Respondents had to say whether they would exhibit those behaviors "never," "once," "more than once," "often," or "very often." Each of these responses was assigned a point value (never = 0, once = 1, more than once = 2, and so on).

After separating the groups, we took a look at how they answered our questions about satisfaction with their lives. And the responses were very interesting.

High-generosity respondents were more than twice as likely to be "very satisfied" with their life over the past year.

They say a candle loses nothing by lighting another candle. When our respondents decided to spread their light through generosity, they actually gained something: 74% of high-generosity people said they were satisfied with their life over the past year, compared to 60% of low-generosity folks.

And the difference is even more pronounced when looking at people who were "very satisfied" with their life. High-generosity people were more than twice as likely to be in that group.

When we broke the data down, high-generosity people were more satisfied than low-generosity respondents in every corner of their lives. The former group reported higher rates of satisfaction with their friendships, family connections, careers, and more over the preceding 365 days.

Finances proved to be the most difficult area for both groups throughout the year, although low-generosity respondents were significantly less happy. 29% were happy with their monetary situation versus 46% of high-generosity people.

When we started asking people about their lives overall instead of specifically about the previous year, the answers were much the same.

High-generosity respondents were almost three times as likely to be "very happy" every day.

When looking at people who were "very happy" every day, the gap widened. Generous people were almost three times as likely to report being happy every day than less generous people.

There could be many reasons for this, but free time is likely one of them. Mogilner, Chance, and Norton (2012) found that people who spent time helping others said they felt like they had more time on their hands -- and enjoying a fair amount of leisure time is a strong determining factor for overall happiness (Sharif, Mogilner, and Hershfield, 2018).

Finding meaning in the madness

High-generosity respondents were almost three times as likely to have a "very meaningful" life.

Leading a meaningful life is a lofty goal -- but it's reachable. Especially if you make a point to be generous.

Do you find yourself looking on the bright side of life, even when dark clouds are rolling in? Keep at it -- your outlook might actually be good for your health (Levi and Bavishi, 2018). And being generous makes it easier.

Close relationships can have a positive effect on health and longevity, according to the American Psychological Association. Ties to family and friends can help diminish the effects of stress during tough times, bolster self-esteem, and act as a gateway to other health-promoting behaviors.

Given the importance of feeling close to others, people who are more generous may reap more rewards: 66% reported feeling close to people they know, compared to only half of less-generous respondents.

On average, generous people reported having slightly more close friends with 3.2 compared to 2.6 for less-generous people. They were also more likely to have a best friend, although 32% of respondents overall didn't have one.

Low-generosity people were more than twice as likely to feel "not at all close" with anybody they knew.

Besides having stronger connections and more close friends, high-generosity respondents reported having more people they could count on for various favors and support.

For example, they counted an average of 5.1 people who would visit them in the hospital, compared to 3.4 among low-generosity people. They also counted more friends who would help them move, drive them to the airport, loan them $1,000 if they needed it, and more.

Having just one friend who's there for you can make a world of difference. But sometimes we're left with nobody we can count on, and low-generosity respondents found themselves in this situation more frequently. For example, they were more than twice as likely to have nobody to get them to or from the airport or help them move, and 53% couldn't name someone who would lend them $1,000.

The level of gratitude we feel is determined by a combination of genes, brain chemistry, and personality traits (UC Berkeley, 2018). But you may be able to overcome physiological predispositions to dissatisfaction with a little selflessness.

High-generosity respondents were more than twice as likely to be "very satisfied" with their career.

Just like life in general, people who were more generous were more likely to say that they were "very satisfied" with their work than those who were less generous.

Beyond what people do at their desks, company values and work environments play a big role in job satisfaction. High-generosity respondents were happier with their employer's ethics and values, their personal contributions to society, and their at-work relationships than low-generosity employees.

Fortunately, more than half of the latter group was satisfied with most of these factors -- they only narrowly missed the mark when it came to making a societal contribution (47%).

Many people have a love-hate relationship with their work. Some days they're flying high and self-actualizing like a champion, while other days are barely tolerable. Despite these ups and downs, high-generosity people were more likely to love their jobs.

68% said they found real enjoyment in their job, compared to 42% of low-generosity respondents, and 65% were seldom bored (compared to 45%). They were also more likely to feel enthusiastic about work most days and like their job more than the average person.

While an impressive 64% of all respondents said they felt healthy every day, the high-generosity group came out on top (70% versus 54%). Feeling healthy is influenced by many things, but exercise and a good diet are big players -- and they were correlated with generosity, too.

Generosity is typically seen as being kind and giving to others -- but how giving were our respondents when it came to taking time for their own bodies and minds? High-generosity people were more likely to exercise than less-generous folks (65% versus 55%) and more likely to eat a healthy diet (62% versus 45%).

There's no single cause of apathy, stress, and depression. Genetics, stressful life circumstances, brain chemistry, and medical issues all contribute to the mix (Harvard Health, 2019). But, among our respondents, those who were more generous had a bit of an advantage.

They experienced feelings of hopelessness, apathy, depression, disinterest, laziness, and anxiety less often than their less-generous counterparts to varying degrees. Our study suggests that people who made selflessness a habit experienced less negativity in their lives.

The power of selflessness

Our survey covered a lot of ground, and generosity proved to be a net positive in every area of people's lives.

High-generosity respondents were happier, enjoyed closer relationships with their loved ones, had more close friends, and felt more satisfied with their personal possessions, to name a few things.

They also experienced higher levels of career satisfaction and lower rates of hopelessness, worry, and disinterest. That's the life-changing power of generosity.

For this study, The Ascent conducted an online survey of 1,010 people in the U.S. To ensure that respondents took the survey seriously, all respondents were required to identify and correctly answer an attention-check question. Margin of error is 3% with a 95% confidence interval.

In many cases, questions and responses have been rephrased for clarity or brevity. To help ensure statistical accuracy, outliers were removed where appropriate. These data rely on self-reporting, and strict statistical testing has not been performed.