What Are Gross Wages? A Small Business Guide

The offer letter listed my start date and my hourly pay, also called a gross wage rate. Knowing I’d soon get paid $8.25 an hour — then the New Jersey minimum wage — felt like a windfall.

Money that's taken out of your paycheck to cover the employee cost of health insurance coverage also comes out of federal wages, and if you choose to participate in a flexible spending account or health savings account program that your employer offers, then the money you set aside for those purposes also lowers your federal wages.

Even with all these deductions, your federal wages will usually be higher than your actual take-home pay. That's because some of the money that's taken out of your account is still subject to tax.

For example, the money that goes toward Social Security and Medicare payroll taxes doesn't reduce your taxable income, so it's included in federal wages even though it's taken out of your paycheck. The same thing goes for certain voluntary withdrawals that you arrange to have taken from you pay, such as contributions to a charitable fund.

When tax time rolls around, federal wages become much more important, because they reflect the amount on which you're going to pay income taxes. By being aware of deduction opportunities that are available to you, you can arrange to have your federal wage number be lower than it might otherwise be and save taxes in the process.

Use gross wages when creating your annual business budget. When you add gross wages to your labor burden — employer-paid payroll taxes and benefits — you’re given a full picture of the cost of having employees.

Gross wages on a pay stub relate only to the pay period. If a salaried employee gets paid semi-monthly, twice per month, 24 times per year — your employee’s total annual income gets divided by 24. 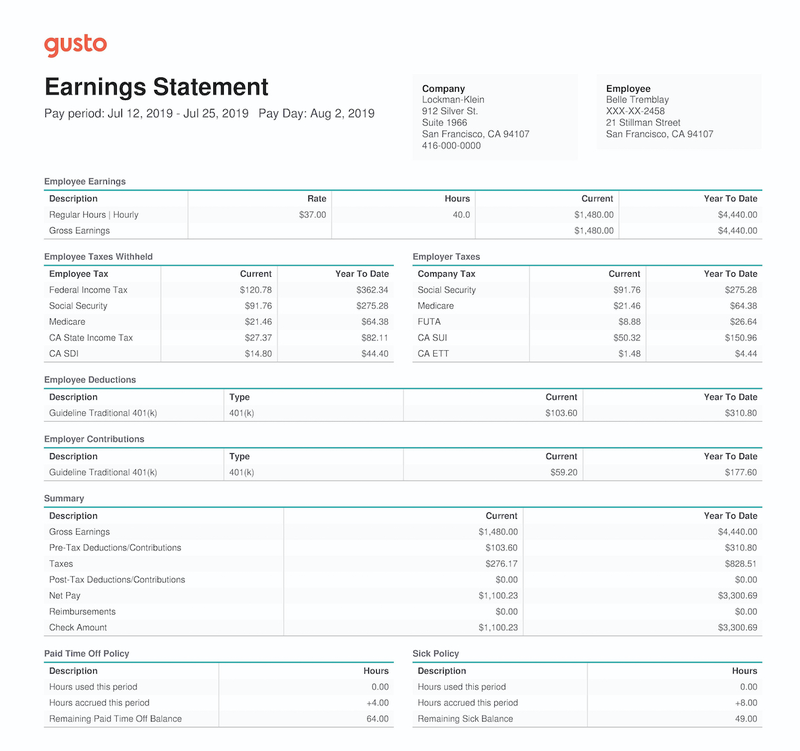 The top of an earnings statement should list gross wages. Source: Gusto.com. 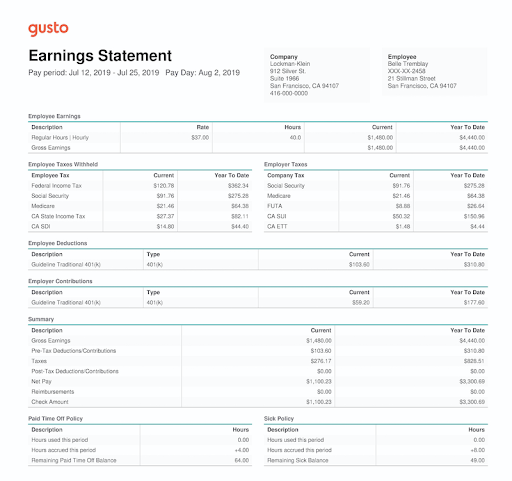 FICA and FUTA taxes are calculated as a percentage of gross wages. Source: Gusto.com.

With an affordable, transparent pricing structure, OnPay is an excellent payroll software for small to mid-sized businesses. Additionally, the platform provides HR resources at no extra cost.

QuickBooks Online Payroll is perfect for businesses already living in the Intuit QuickBooks ecosystem. This full-service payroll software has three plans to scale with you as your business grows.

If you're a growing business looking for an affordable payroll software, Patriot Payroll may be the fit for you. This tool has all the features you need to get easily started.

Gusto takes the stress out of payroll with its bright, intuitive design. Designed with small businesses in mind, Gusto is an excellent payroll software for anyone getting started.

The Best Payroll Software of 2021

END_OF_DOCUMENT_TOKEN_TO_BE_REPLACED

Supplemental Pay: 2 Methods for Withholding Income Taxes
Supplemental pay is a variable payment from bonuses to sales commissions made to employees. Here's how supplemental pay works and how to handle withholding tax.
By Ryan Lasker
7 Types of Payroll Reports and How to Make Them
Payroll reports help small businesses understand payroll costs and summarize payroll data. Here are the seven most common payroll report types that are used.
By Ryan Lasker
28 Payroll Terms You Should Know
Small business owners should familiarize themselves with standard payroll terms. Here is a list of the most common payroll terms you'll be confronted with.
By Ryan Lasker