Whether you're a recent college grad or a seasoned employee looking to make a change, the process of interviewing for a job can be unquestionably stressful. Even if you're more than qualified for the role you're seeking, it's natural to be nervous going into an interview. But if you steer clear of these major pitfalls, you'll increase your chances for success.

1. Not doing your research

One of the worst mistakes you can make on a job interview is coming in unprepared. If you appear to know little about the company you're interviewing for or the role itself when that information was otherwise available via a basic Google search, then you'll automatically come off as lazy and unmotivated -- it's as simple as that. Not only should you dig into the company you're applying to, but you should do some industry research for context. The more you study up in advance, the better you'll come off. 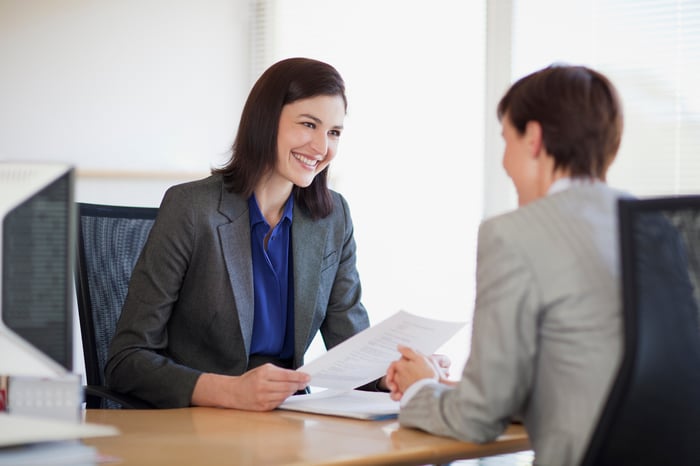 Maybe you're applying for a role at a four-person start-up, or at a company whose website features employees sitting around in jeans and flannels. That's all fine and good, but it doesn't mean you should feel free to show up similarly dressed for an interview. Even if the company you're applying to takes business casual to the utmost extreme, throw on a suit and a pair of respectable shoes. When it comes to job interviews, there's really no such thing as being too well dressed.

3. Not bringing copies of your resume along

Yes, it's 2017 and, yes, pretty much everyone you know does things electronically. Still, it pays to splurge on a box of decent paper and bring some printed resumes along to each interview you attend, because you never know when a hiring manager might ask for one. Just as importantly, make sure you have a copy of your resume so that you can reference it as needed.

4. Not being familiar with your own resume

Since, conceivably, you're the person who authored your resume, you should be pretty familiar with its contents. But if it's been several months since you've worked on your resume, or if you have different versions of your resume depending on where you're applying (which isn't necessarily a bad thing), do yourself a favor and study that piece of paper thoroughly before sitting down with an interviewer. There's a good chance you'll be asked specific questions pertaining to the information that's on there, in which case you really have no excuse not to have a strong answer at the ready.

It's often the case that you'll apply to a job that sounds interesting in theory, but whose listing gives absolutely no insight into the compensation being offered. And while that's a frustrating situation to be in, don't make the mistake of bringing up money early on in the interview process if you aren't asked about it. Sure, in an ideal world, employers would be more transparent about compensation from the get-go so that job seekers like you don't end up wasting your time, but unless the person interviewing you specifically asks for your salary requirements, stay away from the topic entirely.

6. Complaining about your former employer

Perhaps your last boss was an utter tyrant, or your company's unrealistic demands caused dozens of employees to jump ship. Be that as it may, badmouthing your previous employer is only going to make you come across as bitter and unprofessional. You're better off steering the conversation in a more positive direction -- namely, by focusing on the things that appeal to you about your potential new company and role. If you're asked point-blank why you left your last job or are looking to leave, try to be as diplomatic as possible. "I'm ready to grow my skills and take on more responsibility" sounds much more professional than "I'm tired of working my tail off for no recognition and meager pay."

One final mistake you really don't want to make is failing to come up with questions of your own during the interview process. Even if your interviewer has done a fabulous job of explaining how the company works and what the role entails, you should still come prepared with a couple of questions (or at least make some up on the spot). You might, for example, ask about the industry you're applying to if you've already covered all things company-specific. You can even ask your interviewer about his or her own experience at the company. But if you're unable to muster up a single question, you may come off as disinterested or just uncreative -- and neither will help get you hired.

Sometimes, landing a job boils down to knowing what not to do. By avoiding these mistakes, you're more likely to snag an offer.