Employees often uncover illegal or unethical activity before the big bosses get word. And it pays to make them comfortable with the idea of coming forward with that information.

In an ideal world, employees would behave ethically at all times. But in the real world, that's not how things work. From discrimination to insider trading to fraud, people violate their companies' codes of conduct more often than we probably know about. And while many folks manage to get away with such behavior, those caught in the act are often identified because someone else has the courage to speak up.

Whether you call it whistleblowing or simply reporting a violation of policy, coming forward to stop illegal or immoral activity is an act that should be applauded, not punished. Yet things don't always shake out that way. 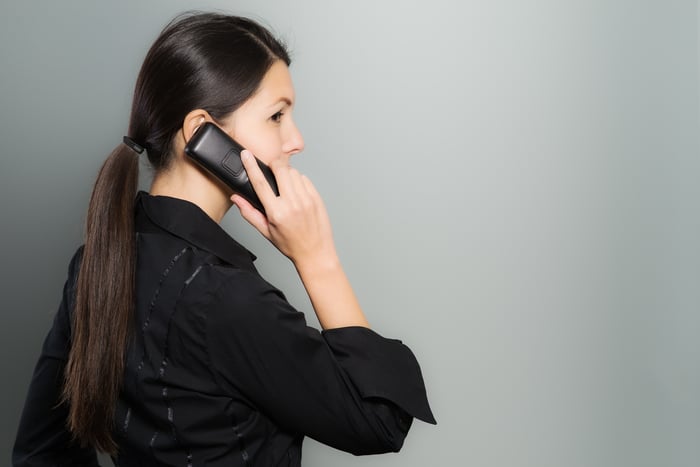 Take Wells Fargo (WFC -1.50%), for example. Though the company owned up to firing 5,300 employees for engaging in illegal activity, last month, CNN reported that almost half a dozen workers were fired for speaking up about it.

Certainly, this isn't the only instance of backlash for doing the right thing, but it illustrates the need for companies to adopt anti-retaliation policies. And if yours doesn't have one in place, it's time to push for that policy immediately.

Though the details vary based on the legal professionals who draw them up, anti-retaliation policies are designed to protect employees who report criminal, unethical, or discriminatory behaviors at the workplace. The point of these policies is to encourage workers to speak up without having to worry about being fired, demoted, or punished in some other way. Furthermore, a good anti-retaliation policy should protect employees who come forward with information whether or not their suspicions or accusations end up being true.

A company culture that promotes paranoia and fear isn't conducive to success. If your employees are too scared to speak up when they witness behavior or activity that isn't right, everybody loses out. Those who feel compelled to keep that knowledge to themselves are apt to grow jaded and less motivated, which can easily impact their productivity.

But just as importantly, if you foster an environment where people are afraid to come forward with key information, you end up putting your own company at risk. It's often the case that employees on the front lines are the ones most likely to uncover unethical or problematic actions within the company. But if they don't feel comfortable sharing, you won't get the opportunity to nip those activities in the bud. And the longer you, as a business, remain in the dark, the more you expose yourself to a host of consequences, from financial losses to legal risks to a permanently tarnished reputation.

Having an anti-retaliation policy is crucial even if you already offer a means of reporting issues anonymously. Such systems, after all, aren't foolproof, and the last thing you want is for your employees to keep things bottled up because they're worried their identities will be revealed, and their jobs will then suffer.

Not only does it pay to implement an anti-retaliation policy, but you should also make that policy well-known to employees. Host information sessions to explain your stance, and make it clear that those who do the right thing won't have to worry about putting their jobs on the line in the process.

Putting an anti-retaliation policy in place doesn't just protect your employees; it protects your business and its long-term viability. And the fact that it's the right thing to do doesn't hurt, either.