Both at work and in life, we all get our share of what can only be described as bad advice -- and often unsolicited bad advice at that. The problem, of course, is that if you're fairly new to the workforce, you may be inclined to follow that unhelpful guidance rather than shrug it off. That's why my fellows Fools and I are here to share the worst career advice we've ever received. If anyone tries to sell you on the following notions, you'd be wise to nod your head politely and move on.

Do what you love and the money will follow

Selena Maranjian: One of the worst bits of career advice I can think of is the old chestnut, "Do what you love and the money will follow." It certainly sounds nice, and what could be more reassuring than the premise that if you just do what you like, you'll be OK? It's flawed reasoning, though. 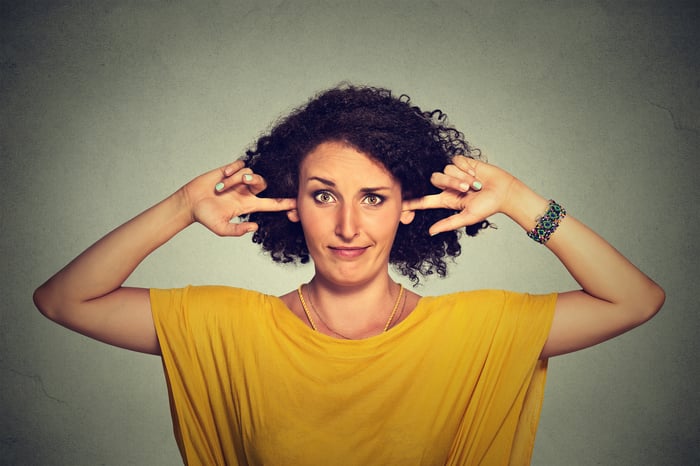 For starters, if what you love is playing video games in a basement, it's not likely to support you. Singing or playing tennis or fishing may not support you well, either. They're not necessarily dead ends, of course, but you'll need to be creative in order to make them work. There's a small chance you could do well as a professional singer, but maybe instead you could teach music -- or be a freelance singer as a side gig. If you love tennis and are also scientifically or artistically inclined, perhaps you could become a designer of sneakers, working in the shoe industry. Many of these creative solutions may offer you a living, but perhaps still not at the financial level that you'd like.

It can be better to invert the order of this piece of advice -- first think of some careers that offer the kind of pay that you'd like, and then consider which ones best fit your skills and temperament. Alternatively, since most of us have a range of interests, you might do an inventory of subjects and activities that you love or that fascinate you and look into which ones offer the best career possibilities.

It's not that tragic to work outside your fields of passion, too, as it doesn't have to mean you abandon them. If you love writing, you can write as a hobby -- and perhaps get published along the way. If you love working for social justice or cooking, you can still do a lot of that in your non-working hours. There are lots of ways to do the things you love and also earn a decent living.

Daniel B. Kline: My father has worked for the same company (our family business) for more than 50 years. In fact, many of the members of the older generation of my family had only a few jobs over the course of a long career.

Picking a path and sticking with it was the mantra passed down not just by family, but also by teachers. If you leave a job, they would say, at some point people will stop hiring you because they don't think you're reliable.

That may have been true in the 1970s and 1980s, but in the 1990s, when I entered the workforce, the market had changed. During the internet boom of the late '90s, companies came and went quickly. After that, few employers showed much loyalty to employees, and that freed workers up to be less than loyal.

For me, switching jobs was rarely about money or the company I worked for. Trying out careers ranging from magazine editor to toy store general manager to rock band camp director was about finding my place in the world.

It took a lot of jobs -- some good and some bad -- to teach me that I valued freedom more than I did being in charge. Not staying in one place and working my way up probably cost me money, but knowing I didn't want those jobs most certainly paid off in happiness.

If it ain't broke, don't fix it

Maurie Backman: At one point during my career, I worked as a content designer for a company that manufactured electronic toys. That meant deciding what a toy computer would say when you turned it on and deciding what games it would feature, and how their play patterns would run. It was a fun job, but the company itself was very old-school. Key information, for example, was logged on paper as opposed to electronically, and many of the people who worked there had been in the industry for years and were more comfortable with notepads than with computers.

After a few months on the job, I realized that certain processes were just plain inefficient. Rather than simply criticize them, I proposed what I thought were better, or at least different, solutions, and presented them to my boss. And I'll never forget his response, because it went something like this: "Let me give you a piece of advice that'll help you in any job. If it ain't broke, don't try to fix it."

Clearly, he wasn't looking to have me rock the boat in any way, but while I dropped the matter then, I never wound up taking his advice to heart. At the next company I worked for, I completely overhauled the way website content was produced and managed. Was I running the risk that I'd annoy some higher-ups by proposing a better solution? Sure. Did I let that stop me? No.

If you have a great idea at work, don't be afraid to shake things up a little. Just because something is working doesn't mean it can't be better, and if you end up being that person whose suggestions yield great results, you're more apt to be rewarded via a promotion, raise, or both.