Though some might deny it, there's plenty of data out there that highlights the wage gap in the workforce between women and men. It's said that females earn just $0.75 to $0.80 for every dollar earned by male counterparts in similar roles or positions and that entry-level workers and senior executives alike fall victim to gender disparity.

But data from online lender Laurel Road reveals that the problem might be more extreme than we thought. Millennial women earn more than $10,000, on average, less than millennial men, according to a study released this year. While younger female workers have an average starting salary of $29,403, that number jumps to $39,839 among younger employed males. 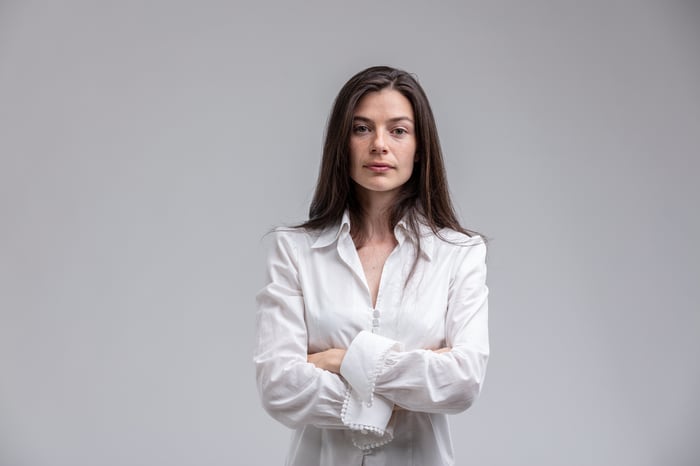 Some folks chalk up that discrepancy to the belief that men are more vocal about asking for raises than women. But a report from the Harvard Business Review confirms that in reality, female employees request salary increases just as often as male employees. At the same time, men are more likely to be successful following those talks. Whereas women who asked for raises got a boost 15% of the time, men received raises 20% of the time.

The good news, however, is that the right strategy might take those salary negotiations in a more favorable direction, narrowing the wage gap in the process. Here's how to increase your chances of success the next time the topic of compensation comes up.

1. Go in knowing your worth

It's one thing to march into your boss's office stating that you feel you're underpaid, but it's another thing to go in with actual data that proves it. That's why it's imperative that you do some research to see how your earnings statistically stack up against those of your peers. To this end, job site Glassdoor has a helpful "Know Your Worth" tool that lets you compare salary data by job title and geographic location. If you plug in some information, see that you're statistically underpaid, and put those numbers in front of your manager, your boss will have a hard time dismissing your request.

It would be great to get a salary boost based on hard work and effort alone. But if that doesn't do the trick, put some hard numbers in front of your boss that show what sort of value you add to your company. If you led a new marketing campaign that increased sales by 12% this past quarter, use that as a reason to warrant a pay boost. The same holds true if you single-handedly negotiated a vendor contract that reduced the cost of key supplies by 20%.

3. Keep your emotions in check

Salary discussions can get heated whether you're male or female. If you're of the latter persuasion, the last thing you want is to feed into the stereotype that women's emotions get the better of them in a work setting. As you go about that conversation, keep your tone even, and avoid reacting if your manager doesn't seem receptive to your pitch. It could be the case that your boss needs to consult with a higher-up before agreeing to a salary boost or that your manager wants time to think things over and therefore can't give an answer on the spot. The more professionally you conduct yourself from beginning to end, the more likely you are to get what you want.

In an ideal world, the wage gap wouldn't exist. But until that divide disappears, it's up to you to be your own advocate. If you've hesitated to ask for a raise thus far, push past your apprehensions and have that talk, keeping the above pointers in mind -- because you really have nothing to lose by fighting for a salary you rightfully deserve.