Still waiting for that salary bump? Here's why it pays to be proactive about it.

There are lots of reasons why companies don't give out raises. It's common to withhold pay increases when money is tight, so if your company had a bad year, your raise might disappear. Similarly, some companies only give raises to their top employees, so even if you did a good job, you may not make the cut.

But no matter your company's reasoning for not giving you the raise you deserve, it pays to make the case for one anyway. Here are just a few reasons why you shouldn't take your absent raise lying down. 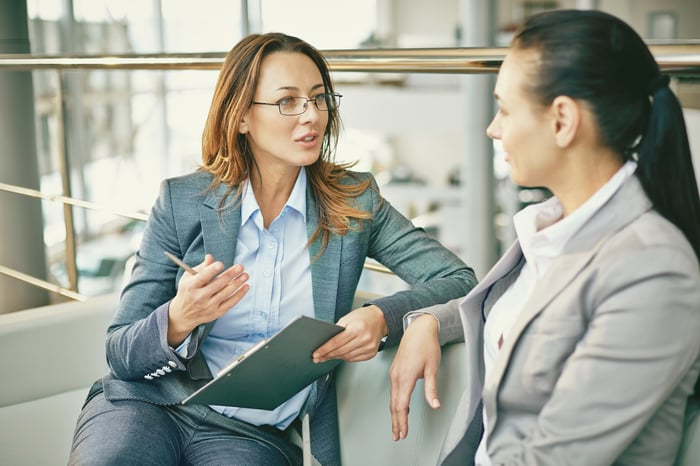 1. We could all use more money

It's estimated that 69% of U.S. adults have less than $1,000 in the bank. Not only that, but 34% of Americans have no savings at all. And while part of that might boil down to financial mismanagement, it stands to reason that getting a raise will only help fuel your savings efforts.

But more than that, the more money you make at your current job, the higher your salary is likely to be at your next job. If you never fight for a raise, you'll wind up shooting yourself in the foot in the long run.

2. It could lead to a promotion

Many people argue that they deserve raises based on the work they've taken on and accomplishments they've achieved. If you're able to sway your employer to grant you a merit-based raise, you could end up snagging a promotion in the process. And that's something that can not only benefit your career in the short term but can also open the door to new opportunities down the line.

It's hard to feel good about what you do when you're convinced you're being underpaid. In a recent study, 52% of working Americans admitted that they're mostly unhappy at work, and while there were numerous factors contributing to that sentiment, money was certainly one of them. On the other hand, if you do manage to snag a pay increase, there's a strong chance you'll start to feel more appreciated, and perhaps despise your job a bit less. In fact, you might even start doing a better job as a result of feeling adequately compensated, and if your performance improves significantly, it could lead to different opportunities within your organization.

Though money shouldn't be the only thing to dictate the trajectory of your career, talking salary with your employer could shed some light on whether it pays to stay where you are or move on to another company. The last thing you want to do is resign yourself to a dead-end job for years on end, and if your employer is unwilling to even consider the notion of increasing your pay after some time, it may be a sign that you're better off finding a role elsewhere.

Though asking for a raise can be uncomfortable -- and in some cases, downright nerve-wracking -- it's an important conversation to have with your manager. But don't just corner your boss and demand a pay increase out of nowhere. Rather, do your research to see how other folks in your industry are faring, and use that data to make the case for yourself. Furthermore, instead of bringing up the topic on the fly, schedule a meeting with your manager that gives you ample time to argue your points and engage in a full-fledged discussion.

Raises aren't the sort of thing most companies take lightly, so you'll need to be strategic when bringing yours up. But don't shy away from having that conversation -- because ultimately, it could impact your career in the long run.