Please ensure Javascript is enabled for purposes of website accessibility
Log In Help Join The Motley Fool
Free Article Join Over 1 Million Premium Members And Get More In-Depth Stock Guidance and Research
By Maurie Backman - May 18, 2017 at 12:41PM

Are you stuck in a rut at work? Here's how to tell.

Given the amount of time most of us spend at work, it's important to snag a position that not only pays the bills but gives you some degree of satisfaction. But it's hard to feel fulfilled on the job when you're stuck in a dead-end role. Here are a few signs that you may have fallen into this very trap.

1. You haven't had a promotion in years

First, the obvious: If it's been quite some time since you've gotten a promotion, you may be stuck in a limited role.

Of course, different workplaces have varying standards and practices when it comes to upward mobility. If your peers have all been promoted in the not-so-distant past and you're the only one left in the same role, then the problem may be limited to you. On the other hand, if no one around you has gotten promoted in years, it's probably a matter of company policy. Either way, the end result is the same, so if staying in the same role no longer works for you, it may be time to start dusting off that resume. 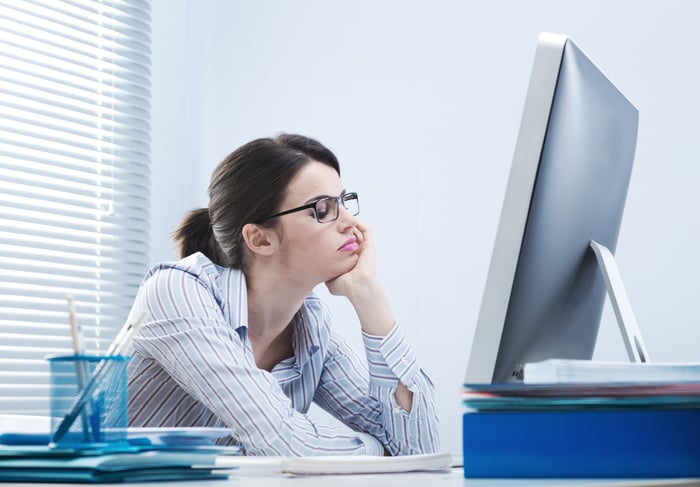 One other thing: Don't confuse a raise with a promotion. It could be that you've gotten a modest bump in salary year after year without a shift in your actual job title or responsibilities. If that's the case, and you're already feeling stifled and bored, it's probably time to move on.

2. Your responsibilities haven't shifted over time

As we just said, some companies are quicker to promote workers than others. If you've been given an opportunity to expand your skill set since starting your job and you're stimulated at work, then a promotion might be right around the corner. But if you're stuck doing the same exact tasks you were doing when you first started out, it's a glaring sign that you've reached dead-end status.

3. Your company seems resistant to change

It's easy to get stuck in a rut when management insists on keeping things status quo. If you find that you're constantly proposing new ideas that are consistently being shot down, and you're not the only one this sort of thing happens to, it's a sign that your company isn't big on change -- which also means you're less likely to see a major shift in your role anytime soon.

4. There's a lot of turnover at your level

Sometimes, workplace patterns speak for themselves. If you're noticing that a large number of employees are jumping ship once they reach a certain level (namely, yours), it's a sign that your company might be stingy with promotions.

It could also be the case that your company doesn't believe in having too many high-level executives because that practice erodes the value of those roles in the first place. (After all, what's the point of having 47 VPs in a 200-person company?) While that's a reasonable HR model to adopt, it won't do you much good if you're vying for a promotion that's not going to come anytime in the foreseeable future.

Your feelings about the work you're doing are the most telling sign that something's just not right. If you find that you're tired of doing the same tasks over and over again and no longer feel inspired on the job, then it's a sign that you've probably maxed out your potential.

It's easy enough to fall into the dead-end job trap, especially if your compensation is decent and you're comfortable in your role. But if your position really offers no room for growth, a decent salary and friendly coworkers will only get you so far. If you come to realize that your job has fallen into dead-end territory, it's time to either speak up or start looking elsewhere. Otherwise, you run the very real risk of growing increasingly bored and miserable as each workweek goes by.