Please ensure Javascript is enabled for purposes of website accessibility
Log In Help Join The Motley Fool
Free Article Join Over 1 Million Premium Members And Get More In-Depth Stock Guidance and Research
By Nathan Hamilton - Mar 5, 2017 at 8:24AM

Motley Fool credit card expert Nathan Hamilton and Deputy Managing Editor Michael Douglass discuss trends in the average American households' credit card debt, including why debt levels will likely continue to increase. Plus, uncover how to pay down debt faster with The Motley Fool's list of the best credit cards of 2017.

Michael Douglass: So, Nathan, everybody loves averages. It's something to compare to. It's something that gives you an idea as to where you are compared to other people, so let's talk about the average American household's credit card debt.

Nathan Hamilton: Absolutely, and credit to NerdWallet on their research for this. They put together a great report. The average household -- and I was surprised by this number -- has $16,061 worth of credit card debt.

Nathan Hamilton: To me, that seems actually very high. I was quite astounded by it when reading it. 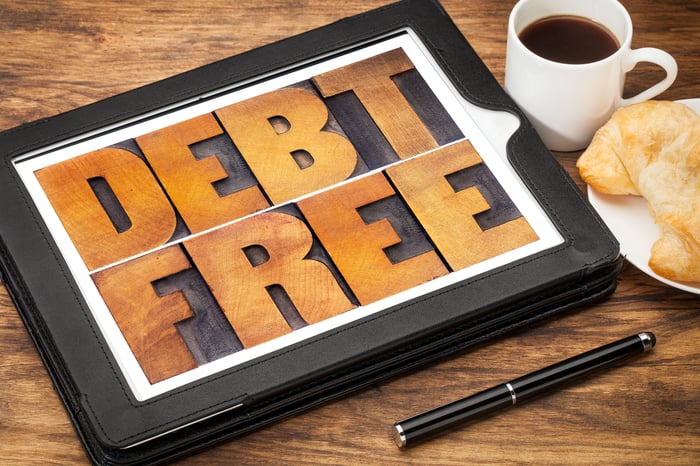 Michael Douglass: And especially when you look at it in the broader scheme of things. They have $172,000 in mortgage debt, $28,500 in car loans (so some nice cars), and $49,000 in student loans. [And] credit card debt is a pretty significant percentage, all things considered, especially when you [think about] how much of all that other debt people are carrying.

Nathan Hamilton: Yes. I mean, if you look at it in proportion, as you mentioned there, it is the lowest amount, but it is the highest interest rate...

Nathan Hamilton: ... among all of those. If you look at paying down $10,000 worth of credit card debt at the high rates of 29.99%, which are the upper thresholds, you're going to be paying over $5,000 in interest charges alone. Just for the ability to have access to $10,000, you're going to be paying $5,000 in interest over three years. I mean, it's mind-blowing to me when you look at the numbers and why people aren't able to get ahead financially in their lives.

Also one thing which the NerdWallet report points out, that's important, is that balance may actually increase in the future, because as we look at our income growth versus our expenses, over the past decade expenses are outpacing income, so the only way to look at it is "maybe we're going to be needing to borrow more on credit."

Michael Douglass: Which is not a good outcome for anybody. Certainly there are ways to pay down credit card debt. One of them -- the simple one -- being to try to double up payments. Identify something else and deprioritize it a little bit. We've got a lot more information about that and about the best credit cards for 2017 on fool.com/credit cards, so be sure to check us out, there, and here's to your financial health.