Please ensure Javascript is enabled for purposes of website accessibility
Log In Help Join The Motley Fool
Free Article Join Over 1 Million Premium Members And Get More In-Depth Stock Guidance and Research
By Maurie Backman - Apr 2, 2017 at 5:36AM

Ask, and you shall receive.

Despite the convenience of credit cards, they come with a few major pitfalls. High interest rates, annual fees, and penalties for late payments all contribute to a growing credit card debt epidemic that many Americans are more than familiar with.

But while avoiding the aforementioned charges is the smartest way to stay out of major credit card debt, there's another tactic you might try to keep your borrowing costs to a minimum -- asking for a break. According to a recent CreditCards.com survey, most Americans can improve their borrowing terms by simply reaching out to their credit card companies and requesting tweaks to their existing agreements. It doesn't get much easier than that. 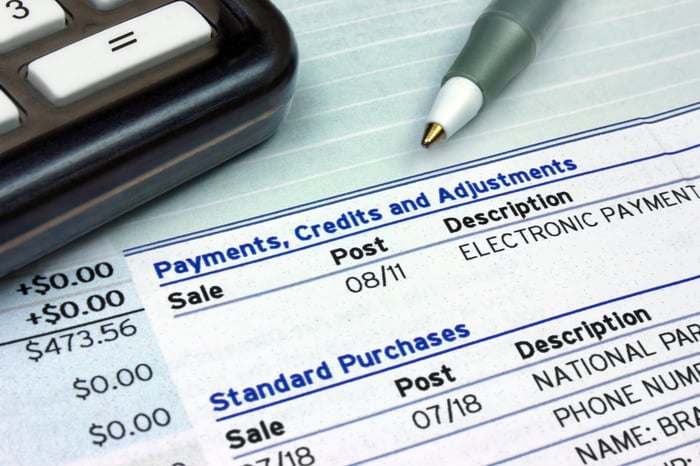 It never hurts to ask

Your credit card company may be more willing to alter its terms in your favor than you'd think. The reason? It wants to keep you as a customer. After all, if another card comes along with a better offer, there's really not much to stop you from jumping ship. That's why credit card companies are often amenable to adjusting their terms and taking a short-term hit if it means retaining more customers in the long run.

According to CreditCards.com, among those who contacted their credit card companies requesting changes to their existing agreements:

All told, more than 80% of Americans across all age groups managed to improve their credit card terms by talking things out with their lenders. Interestingly enough, baby boomers aged 53 to 62 were the most vocal about requesting fee waivers -- and the most overwhelmingly successful. A good 97% had their fees reduced or eliminated altogether.

Of course, a big reason may have to do with the fact that older borrowers typically have strong credit histories and higher earnings, making them valuable customers worth retaining. By contrast, Americans aged 18 to 26 -- those with lower earnings and limited credit histories -- were far less likely to have their fees lowered or waived than their much older counterparts.

But on a more encouraging note, things improved for consumers with a bit more time in the workforce. An estimated 93% of those aged 27 to 36 were successful in negotiating at least one of the aforementioned credit card terms.

Here's another surprising trend: Credit card customers aged 72 and older were the least likely among all consumers to ask for better terms. Just 5% sought out interest rate reductions, while only 9% requested a higher credit card limit. Although borrowers 75 and over have the lowest credit card debt levels among all age groups, the typical consumer in that bracket still carries a $5,638 balance on average -- which means older seniors need to get better about speaking up.

How much do you stand to gain?

While it's always better to pay off your credit card balance in full each month than carry it forward, the less interest you have to pay, the less your debt will ultimately cost you. If you're staring down a sizable balance, it makes sense to contact your credit card company and ask for a lower rate. Even a modest 1% decrease could save you a fair amount of money over time.

Imagine you have a $10,000 balance at 18% interest, and that it takes you five years to pay it off. Knock that interest rate down a point, and you'll shave $325 off your total charges.

Eliminating smaller fees can also put extra cash back in your pocket. In a 2015 study of over 2,200 credit cards, NerdWallet found that the average annual fee was $58 -- not a colossal number, but not a negligible one either. Add in a waived $25 fee for the one time you were late on a payment, and you're looking at close to $100 in savings.

Increasing your credit limit can also work wonders for your finances. Though you'd think the opposite would be true (the more leeway you get, the more you're likely to spend), using less of your available credit can make you a more desirable loan candidate. If you're given a higher credit limit but don't increase your borrowing, you'll put yourself in a better position to get approved for a mortgage at a lower interest rate, which can, in turn, save you loads of money over the life of your loan.

Whoever said silence is golden clearly wasn't talking about credit cards. If you're interested in saving money (and really, who isn't?), it pays to talk to your credit card company about adjusting its terms in your favor. The worst thing you'll lose is a few precious minutes of your otherwise valuable time.