If you're overburdened by debt, try these strategies to get rid of it ASAP.

When you've been carrying around a load of debt for a while, getting rid of it starts to feel impossible -- like cleaning out the Aegean stables. For those unacquainted with Greek myth, the Aegean stables were full of horses with disgusting personal habits who produced so much manure that the stable was considered impossible to clean. Cleaning out your credit mess may seem equally disgusting and impossible, but these tricks can make the job a whole lot easier.

The first step in getting rid of your debt is not adding more. With the Internet making impulse shopping easier than ever, this can be tricky, but there's one trick you can try to make it easier. You've probably heard the tip about putting your credit cards in the freezer so that it's hard to get at them; well, the Internet equivalent is to remove your saved credit card information from all your favorite shopping websites. The next time you buy something, you'll have to go find your wallet, get out the card, and enter all the information. By the time you've gone through this process, you'll have had time to come to your senses and realize that you don't really need a new heated birdbath. 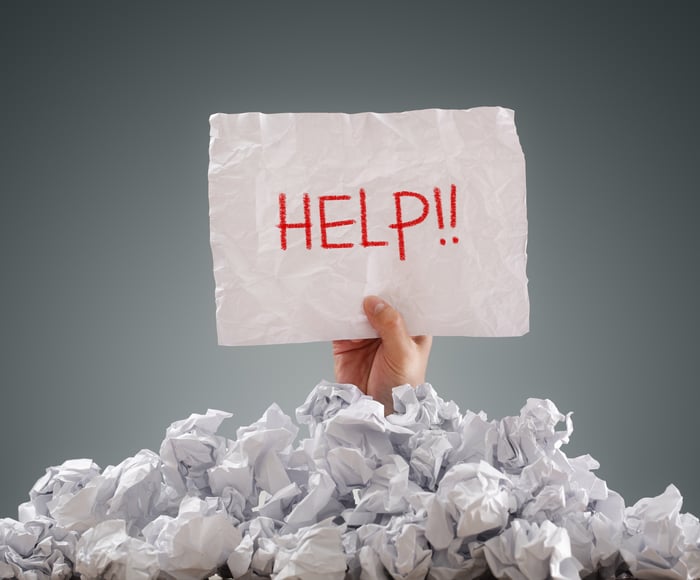 Another big challenge in paying down debt, especially credit card debt, is the high interest that keeps building up on your account. If you can find a way to stop interest from accruing, at least temporarily, you can make real progress on paying off the debt. The best tool for accomplishing such a feat is the balance transfer offer. With a balance transfer, you usually get either a low- or no interest rate period of a few months on the balance you just transferred. However, it's important to use this period to actually pay down the debt, not just let it sit there. Pay that new balance down as fast as you can so that by the time the interest rate leaps up again, it will be as small as possible.

Another debt laddering approach, popularized by Dave Ramsey as the "debt snowball" plan, has you focusing on the card with the smallest balance first instead of the one with the highest interest rate. Some consumers find it easier to stick with this version of debt laddering because it's so satisfying to be able to quickly get rid of those little debts. It does cost you more in interest payments, but if you're feeling hopeless about paying off your debt, then the debt snowball approach might be a better one for you.

4. Negotiating to cut your debt

Your creditors want to be paid, but many of them might be willing to settle for receiving part of the money you owe and writing off the rest. It's the same approach that debt settlement companies take, but instead of hiring someone else to do the negotiating, you can simply do it yourself and save on fees.

This strategy has some downsides because having your debt partially written off can have a nasty impact on your credit score, but finally getting free of debt is often worth a dip in your credit rating. Also, settling your debt for less than the original amount due will result in an income tax bill: the IRS considers any debt forgiveness to be the same as if the creditor had paid you that amount in cash, so you'll need to pay income taxes on the amount forgiven.

You can sometimes settle your debt for pennies on the dollar if the creditor is convinced that the alternative is bankruptcy, in which they'll get little or nothing. Hinting that a settlement deal is the only alternative you have to going bankrupt can work wonders on a creditor's attitude. Some credit card issuers will settle for as little as 30% to 50% of the original debt amount; when negotiating, start by offering 10% or 15% and let the credit card representative negotiate the amount up from there. You can typically get a much better deal if you have the cash available to pay the settlement amount in full immediately; if you can't pull together that much cash, at least be willing to accept a very short-term payment plan in exchange for your financial freedom.

Less common but still potentially useful strategies include getting an additional, part-time job to increase your income or selling unneeded items at garage sales or on eBay and putting the money toward paying down your debt. If absolutely nothing works, you have the nuclear option: bankruptcy. But because bankruptcy has such a long-lasting negative effect on your financial life, it's definitely a last resort. With these tips to help you pay down your debt, you may never need to go to such lengths.