Here's a rundown of my greatest missteps -- so that you don't fall victim to the same set of traps.

Ah, credit cards. On the one hand, they make shopping easy and offer enticing rewards. On the other hand, they open the door to a world of mistakes that could zap your credit if you're not extremely cautious.

There are many dangers with credit cards. First, because you're swiping a piece of plastic as opposed to handing over physical money, you can easily rack up a sizable balance in no time. Then, if you fail to pay that bill when it comes due, you'll accrue interest on your account until you're able to pay it off in full.

But it's not just spending extra money on interest that can turn your credit card experience into a negative one. There are several lesser-known mistakes associated with credit cards, and I've pretty much made all of them at one point or another. Here are three of my greatest credit card blunders. 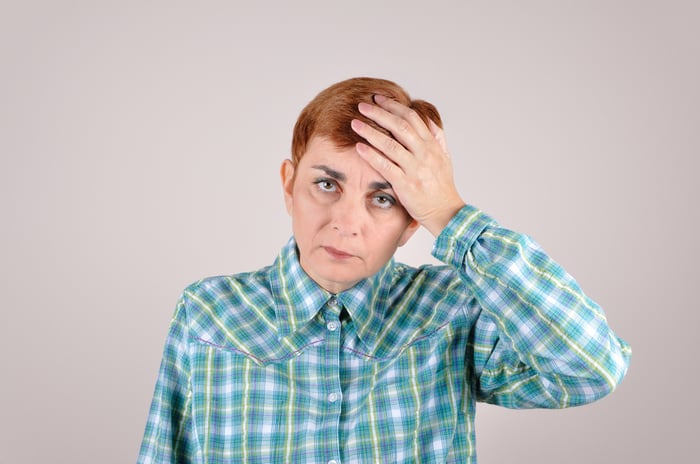 Years ago, I opened a store credit card because it not only offered an opportunity to snag a discount on my purchase that day, but because it came with an enticing rewards system. Basically, for every dollar spent, you got a certain percentage back in rewards that were redeemable once you reached a certain threshold.

Since the store was one I frequented, I figured the card was a no-brainer. I'd use it on essential purchases, get points for those purchases, and redeem my rewards regularly. There was just one problem: Those rewards had a pretty quick expiration date, and one that I failed to pay attention to.

The first time around, I received a $20 rewards code that I had to use within 60 days. I figured I'd make it over to the store eventually to make good use of it, but somehow, the weeks flew by before I got a chance to do so. As a result, I wound up forfeiting free money.

You'd think I would've learned from that mistake, but alas -- several months down the line, I did it again. That time, it was because I failed to note the expiration date on my calendar, and so it wasn't on my radar.

Credit card rewards are reason enough to charge your purchases rather than pay for them with cash. Just don't make the mistake of letting those rewards go to waste.

2. Not paying attention to seasonal rewards

For years, I used a credit card whose rewards program was generally pretty simple: You got 1% cash back on all purchases and 5% cash back on purchases that fell into quarterly bonus categories. For example, from October through December, the offer was typically 5% cash back on department-store purchases.

Most of those bonus rewards stemmed from purchases I was known to make on a regular basis. But because I didn't always use that particular card, and failed to commit those bonus categories to memory, I lost out on most of them.

To illustrate what a waste this was, a few years back, I spent roughly $1,000 at a department store during the holidays. The problem? I forgot about the bonus and used a different card -- and missed out on $50 in the process.

If you have a credit card offering seasonal bonus rewards, pay attention to those categories. Otherwise, you could end up losing out on free money.

3. Closing an old credit card I was no longer using

Several years ago, I was cleaning out my wallet and came across an old card I hardly ever used. It was one of the first credit cards I'd successfully applied for, but since its rewards program wasn't great, I stopped using it once my credit improved and I was eligible for a better offer. Realizing that card was just taking up valuable space, I decided to close it.

Big mistake. What I failed to realize was that retaining old accounts is an essential part of maintaining good credit. That's because the length of your credit history is one of five components that make up your credit score. By closing that account, I put my score at risk.

If you have an old credit card in good standing lying around, think twice before you close it. Rather, use it occasionally to maintain a payment history on it, because that could end up boosting your credit in the long run.

We all make mistakes with credit cards, and I'm certainly no exception. But now that I've aired my dirty laundry, the rest of you can learn from my blunders and take steps to avoid them in the future.