Buried in debt thanks to the holidays? Here's how you can unburden yourself.

It's the end of 2017 and the holiday season is in full swing. Unfortunately, the season of giving is also the season of spending, and way too many consumers end up in debt as a result. In fact, almost 15% of consumers are still paying off the money they spent in last year's holiday season. Don't be stuck in that group next year: You can get rid of your holiday debt in a timely fashion by following a simple repayment system.

Step 1: Add up your debts

Once the holidays are over, it's time to calculate the damage. Grab all your credit card statements and see how much you owe on each card. If you've been carrying debt since before the holidays, you can choose whether or not to include that debt in this repayment system or whether to simply focus on holiday-induced debt. Now get out a piece of paper and write down the name of each credit card, how much you owe, and the interest rate you're paying on that debt. 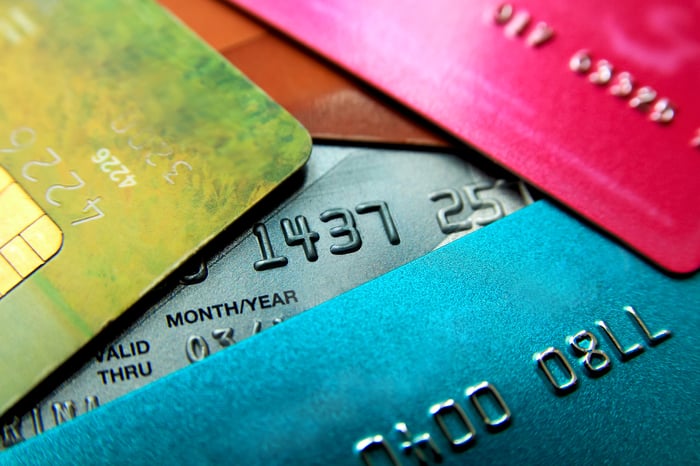 There are two primary approaches for paying off credit card debt. The first approach focuses on paying off the highest-interest debt first; the second one focuses on paying the smallest balance off first. The benefit of the first approach is that you get rid of your most expensive debt as quickly as possible, moving on to less expensive debt as you go. The benefit of the second system is that you feel like you're making progress more quickly, since the smallest debt will be the quickest one to disappear. If you're feeling overwhelmed about your debt load, choosing the second approach can perk up your spirits and help keep you motivated; if your total debt load is relatively small or you already feel quite motivated, thank you, you may prefer the first approach.

If you've elected the high-interest debt approach, organize your list of credit cards on which you owe money with the highest-interest rate card at the top, followed by the next-highest interest rate, and so on until you reach the lowest-rate card at the bottom. If you've chosen the small balance approach, instead list your cards with the smallest balance on top, followed by the next smallest balance until you reach the largest one at the bottom of the list.

Now that you have your list of credit card debts ranked by priority, you can start working on paying those debts off. Write down the minimum payment for each card on your list except for the top-ranked one. Then add up all those minimum payments and write the total on the bottom. That's how much you'll be paying on all but the highest-priority card. Every additional penny you can scrape up will go to the top-ranked card so that you can pay it off as quickly as possible.

If you can't manage more than minimum payments on all your cards, you need to free up some more money. You can do so either by reducing expenses or by finding ways to increase your income. As you get your credit card debt paid off, your payments will go down and you'll be able to relax these measures a little.

Now that you've figured out how much you can pay each month on your top-priority card, you can compare this amount to the balance on that card and calculate how long it will take you to pay it off. Don't forget interest when you're doing the math; a credit card calculator can help. Once you've reached the big day and successfully paid off your first card, you can reward yourself for hitting such an important goal. Pick a reward that's something special to you, but not so expensive that you'll immediately run yourself back into debt.

With your first card paid off, you can now start applying the monthly payment you were dedicating to that card on the next card on your list. Because you'll now be paying more money to that card (the amount you were paying on the first, plus the minimum payment you've been paying all along on the second), you should be able to get it paid off a bit more quickly than the first card, assuming the balances are roughly equal. Once this card is paid off, you can move on to the third card on your list, and so on.

Step 5: Plan for the next holiday season

Hopefully you'll be out of debt well before the next holiday season rolls around. To keep yourself from having to go through a process like this again, take some of the money you've been making credit card payments with and stick it in a special "holiday spending" savings account. That's the money you'll use for gifts during the next holiday season so that you won't have to put them on plastic and end up deep in debt as a result. With this approach, you can enjoy the holidays without the fear of what tomorrow's mail will bring.