Solid second-quarter financials are boosting optimism about this Medicaid insurer. 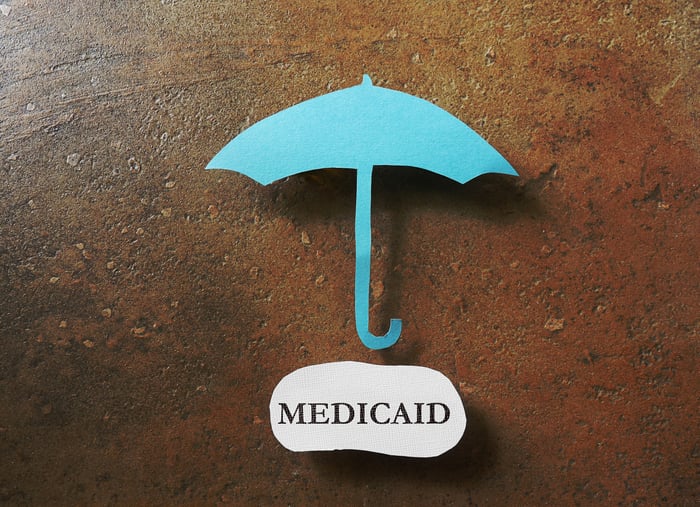 What: After reporting top- and bottom-line second-quarter results that were better than industry watchers were looking for, shares in Molina Healthcare (MOH 0.15%) were jumping 15% at 11:30 a.m. EDT today.

So what: Sales and profit have been growing steadily for the Medicaid insurer since the passage of Obamacare and the resulting adoption of Medicaid expansion in 31 states and the District of Columbia. In the second quarter, a 26% increase in aggregate membership led to a 24% year-over-year increase in sales to $4.4 billion. Exiting Q1, the company was guiding for second-quarter revenue of $4.27 billion.

Leveraging that sales growth against fixed costs allowed management to deliver $0.67 per share in adjusted net income in the quarter, up 31% from a year ago and $0.18 better than analysts were predicting.

The following table offers insight into membership growth in the quarter by state. Now what: The company believes it's on track to deliver on its previous adjusted net income guidance this year of between $2.59 and $2.95; the improving medical cost ratios in key markets go a long way toward hitting that target.

Since Molina Healthcare derives the lion's share of its sales and profit running state Medicaid programs, it's somewhat insulated against the insurance industry's whims and whispers. That suggests that as long as states maintain current thresholds for qualifying for Medicaid, Molina Healthcare will benefit.

Here's Why This Red-Hot Growth Stock Is a Strong Buy

This Unstoppable Growth Stock Is a Buy