The casino operator's social media gaming platform has been a profitable one for it. 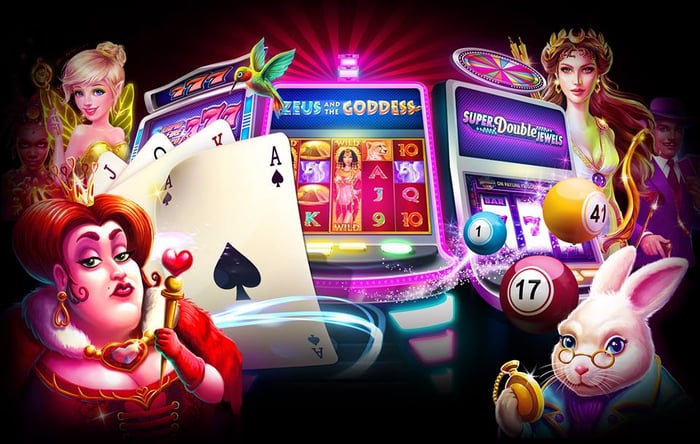 Caesars Interactive is one of the casino operator's only profitable businesses, with Caesars saying it was the gaming platform that carried the load for the company's 6.7% increase in first quarter revenues. Where casino revenue fell 20%, food and beverage dropped 8%, and room revenues rose 3%, the gaming division enjoyed a 29% surge in revenues to $228 million. Total revenues hit $1.17 billion.

According to Reuters, Giant Interactive and the other investors reached an agreement with Caesars to be granted a short period of exclusivity to negotiate a purchase. Toymaker Hasbro and mobile game developer Netmarble Games were also reportedly in the mix.

The sale of Caesars Interactive has been under discussion for some time. Back in May The Wall Street Journal had reported investor interest in the unit at a similar valuation.

Almost all of the games in the segment's portfolio fall under the Playtika umbrella, the gaming company Caesars Entertainment purchased five years ago. That included its hugely popular Slotomania, which despite offering no chance to win anything of value, still has 22 million active players. Where the game makes money is when people pay to move up through the different levels. According to Caesars, 4% of the players pay to unlock new levels.

The results are profoundly different from those of Zynga (ZNGA), which was once the predominant social gaming site on Facebook -- those annoying Farmville updates that ran through a user's feed indicated just how widespread its influence was -- was unable to handle the user migration to mobile play. The ending of the favorable treatment it received from Facebook didn't help either.

Playtika, on the other hand, smartly combined the social aspects of games like Farmville with the risk and excitement of gambling, a seemingly successful formula. Unfortunately, it's mixed up in the messy bankruptcy proceedings of Caesars main operating unit.

Under a revised plan agreed to this month, CEOC can begin soliciting votes from its creditors to support its plan to restructure its debt and exit bankruptcy. It would cut CEOC's debt by $10 billion while having the casino operator contribute billions in cash and equity to help repay the creditors. The proceeds from the sale of Caesars Interactive would help Caesars Entertainment meet those obligations.

However, what Giant and the other investors won't get hold of is Caesars' World Series of Poker tournament, which is said to not be a part of the sale. While there are probably a lot of good reasons for not selling the brand, money's not likely one of them.

Caesars doesn't break out how much WSOP is worth, but as noted, Caesars Interactive generated $766 million last year, $616 million of which came from foreign sources. Since WSOP is based in Las Vegas, it would seem the poker tournament contributes around $150 million, hardly a big jackpot.

Caesars Entertainment is something like an onion that requires peeling back layers to get at the nub of its value. Its interactive division had been a lucrative one for it, but its machinations to shield assets is at last forcing it to sell the unit, and ultimately that may leave investors crying.

Rich Duprey has no position in any stocks mentioned. The Motley Fool owns shares of and recommends Hasbro. The Motley Fool is short Caesars Entertainment. We Fools may not all hold the same opinions, but we all believe that considering a diverse range of insights makes us better investors. The Motley Fool has a disclosure policy.