Finding a stock that produces a high dividend yield, is selling at a cheap price, and has a strong enough business to be worthy of a long-term investment in a retirement portfolio is a real challenge. That is especially true today as stock valuations are getting a little on the high side. Still, after you do some real digging, you can find a select few companies that fit the bill.

Three companies that fit this description are integrated oil and gas company Total (NYSE:TOT), nitrogen fertilizer manufacturer CF Industries Holdings (NYSE:CF), and tax preparation specialist H&R Block (NYSE:HRB). Here's a quick look at why these companies check all of these boxes and why you might want to consider them.

An opportunistic oil producer with an eye on the future

When it comes to making energy investments today, you typically have to make a hard choice between fossil fuels or alternative energy. When it comes to Total, though, you get both worlds.

I don't want to overstate the company's investments in the solar industry too much because they don't make up a large component of its overall earnings or capital spending today, but it does have a growing importance in the company's portfolio. Total owns a 65% stake in solar panel manufacturer SunPower (NASDAQ:SPWR), acquired energy storage specialist Saft for $1.1 billion, and plans at least $500 million in alternative energy investments annually. 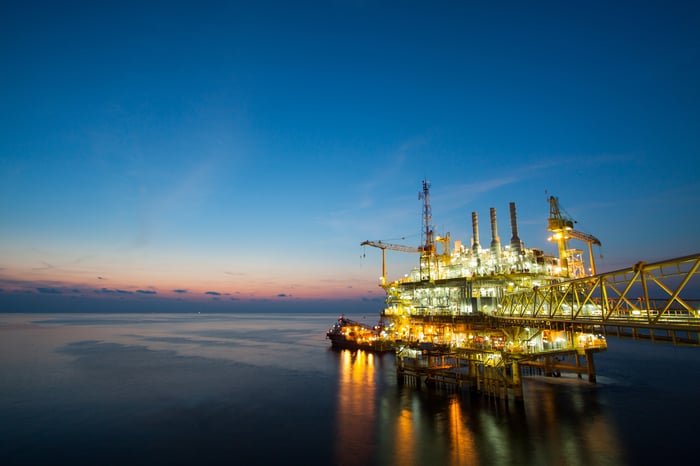 Again, these are small investments for a company that spends $18 billion or more on capital investments annually. But, they are a decent platform of investments in a fast growing industry that has the potential to upend Total's current bread and butter of oil and gas investments.

It's encouraging that it is making these investments in the future, but the company is also improving its profitability today. The company has drastically cut costs and lowered its breakeven price for oil and gas over the past couple years, so much so that it has overtaken ExxonMobil (NYSE:XOM) for the best return on equity and best management rate of returns in the integrated oil and gas business today.

One of the ways it has done this is by supplementing its organic development portfolio of oil and gas reservoirs by bidding on concession contracts from Middle Eastern countries. Many of these countries have massive reserves, but their national oil companies don't have the technological expertise for operations such as offshore or more advanced recovery techniques. Total has been more than willing to step in and assist with these projects because they provide large boosts to production at very low cost.

The combination of a focus on high return oil and gas projects with an eye on the future of energy makes Total a very attractive long term investment in the energy industry. Throw in a dividend payment yielding 5.4% and you have a pretty good deal.

We're at a rather unique point in the agricultural product and fertilizer market right now. Cheap domestic natural gas has spurred an investing frenzy in nitrogen fertilizer facilities that use gas as a feedstock rather than the more traditional means of anthracite coal or petroleum coke -- an oil refinery byproduct. The rate of these new facilities have outpaced demand for the product, and thus it has become an oversupplied market with very low prices. As a result, fertilizer companies such as CF Industries are selling at pretty cheap prices. 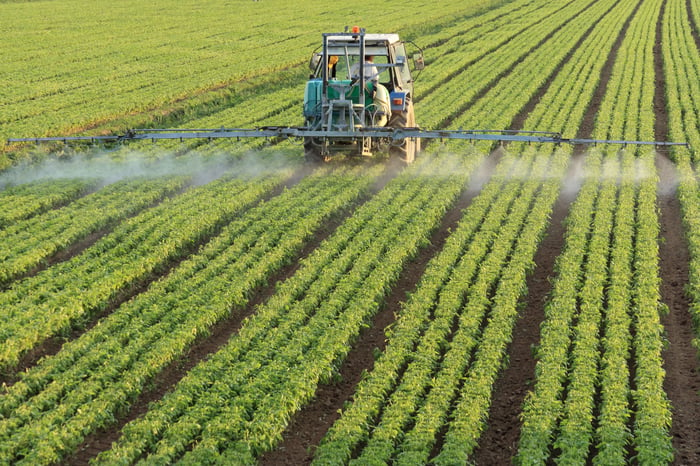 Here's the thing, though. Even at today's prices, CF Industries is still turning a decent profit and investing in expanding its nitrogen fertilizer production. This is important because its low cost production will likely force more expensive sources to shut down. CF Industries management estimates that cumulative shutdowns over the past 5 years of anthracite coal based fertilizers and other higher cost products totals more than 25 million tons per year.

There is still some more capacity that needs to be taken out to see a restoration of prices, and an unprecedented period of food deflation costs could certainly hurt sales for a couple of years, but CF Industries is in a great position to get through this tough patch with an even greater market share. With shares trading at a good but not great enterprise value to EBITDA ratio of 11.3 times, a dividend yield of 4.1% and a long runway for growth in its products -- food production needs nutrients, and we all have to eat -- CF Industries looks like a great stock for a retirement portfolio.

If the two certainties in life are death and taxes, then you know that H&R Block has a pretty strong installed customer base. Competition from do-it-yourself options such as Intuit's (NASDAQ:INTU) Turbo Tax products, however, have been slowly taking market share, as evidenced by H&R Block's 6.1% decline in total tax preparations last year and Turbo Tax's 15% gain. 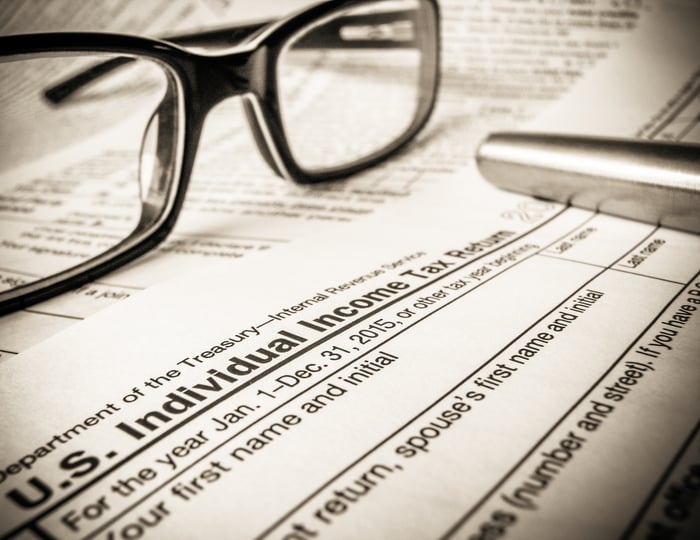 On top of that, the company has been in the middle of some significant structural changes including the divestiture of its banking and mortgage assets that have forced the company to have much higher capital requirements. All of these things have weighed on the company's earnings for the year, and as a result its stock now trades at a rather reasonable enterprise value to EBITDA of 8.0 times and a dividend yield of 3.8%. Even with these market headwinds, we're still talking about a company that generates returns on invested capital greater than 20%.

In order to claw back some of those losses from the competition and improve profitability, management is putting significant capital into its own do-it-yourself tax platform as well as repurchasing several of its franchise locations. While it may take some time for these efforts to fully bear fruit, especially its DIY platform -- the company plans to continue to enhance shareholder value through opportunistic share repurchases that will increase earnings per share and make it possible to further dividend raises in the future. With such high rates of return and a penchant to return lots of free cash back to shareholders, H&R Block looks to be a great dividend stock for a retirement portfolio.