Last October, Visa Inc (NYSE:V) CEO Charlie Scharf abruptly announced he would be resigning, effective December 1st. Scharf expressed a desire to return to the east coast to spend more time with his family. He did not believe it was fair to his family or Visa shareholders to continue leading the San Francisco-based company. Visa management immediately announced Alfred Kelly, Jr., a longtime executive with American Express Company and current Visa board member, would be replacing Scharf as CEO.

Needless to say, incoming CEO Kelly has big shoes to fill. During Scharf's tenure at Visa, the company's stock price soared. When he initially took the position in November 2012, Visa traded for around $35. When Scharf left, a little over four years later, the stock closed above $75, an approximately 115% gain during that time. 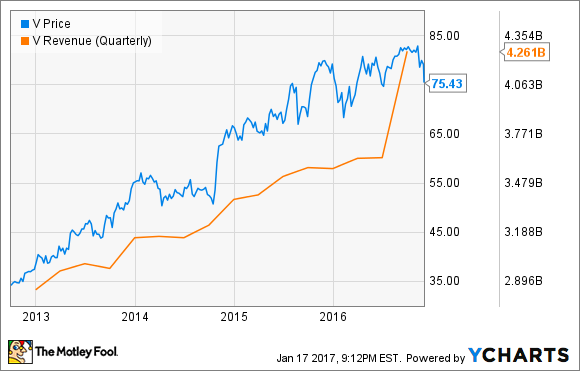 While it is hard to find anything bad to say about Visa's business model or past performance, it doesn't mean the company doesn't face challenges. Let's take a closer look at what might be Kelly's three biggest tests as he takes the helm.

In April 2015, China's State Council published rules that paved the way for Mastercard Inc (NYSE:MA) and Visa to provide payment network services in the country. In June 2016, China provided rules for how foreign payment card companies could operate in the country. The rules stated the companies must have one billion yuan in registered capital in a local company, be locally based, and meet China's security standards.

Since that time, Visa has been seeking clarification on the rules and waiting to apply for a domestic license. In his last conference call, Scharf emphasized China was an "important opportunity," but one that was also "long-term," something that should not be "measured in months or even singe-digits number of years."

This opportunity is simply massive. According to the People's Bank of China, about 48% of retail transactions in China are facilitated with a card, representing about 55 trillion yuan being processed annually (approximately $8.4 trillion). The card payments industry in China is currently monopolized by China UnionPay Co.

Any market share taken by Visa in China will undoubtedly represent significant earnings and revenue growth. While there is not much anyone can do about Byzantine regulations and rules in China, it is incumbent upon Kelly to have Visa ready to jump on this opportunity as soon as it presents itself.

In the meantime, Kelly should also keep international pressure on China to open up its market. Remember, it is only because Mastercard and Visa successfully lobbied the World Trade Organization and won a 2012 ruling against China that this opportunity is even possible.

2. The integration of Visa Europe

In November 2015, Visa acquired Visa Europe for $23.4 billion. Visa expects 2-3% earnings accretion in the first full year of the acquisition and high single-digit earnings accretion by 2020 (excluding transition costs). But much of that is dependent on finding the right synergies between the two companies, requiring Kelly to define and implement the specifics.

Finally, Visa will now have to compete with Mastercard for deals with card issuers on the open market in Europe. In 2016's third quarter conference call, Scharf said he was "extremely, extremely comfortable with the renewal activity" in Europe as he announced new multiyear deals with Barclays PLC, Royal Bank of Scotland Group PLC, and Lloyd's Banking Group PLC. But it is imperative they don't lose out on some of Visa Europe's other larger clients. With Scharf gone, the onus falls on Kelly to secure these agreements.

Visa Checkout is a digital wallet of sorts that removes the need to share card details with retailers. The service allows users to enter all their personal details and card information, then use a single username and password to make purchases from online retailers. In the most recently reported conference call, Scharf reported there were 15 million Visa card holders, 300,000 merchants, and 1,400 financial institutions already participating in the program. 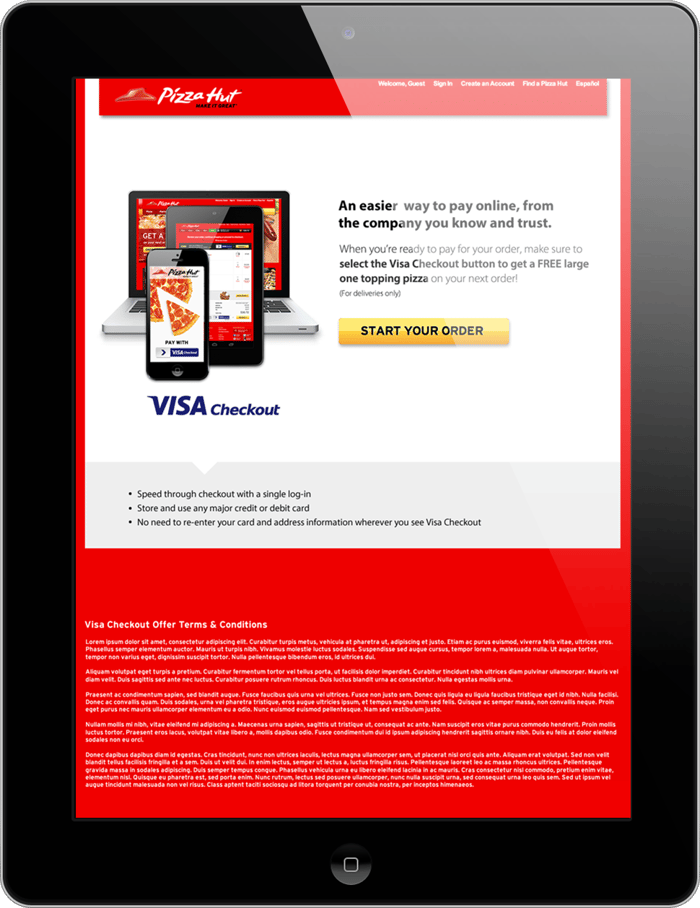 In Accenture Consulting's 2016 North America Consumer Digital Payments Survey, 73% of consumers trusted traditional card payments the most as their mobile payments provider. The survey also stated that consumers see themselves using digital payments more in the future but that, as of right now, "No single digital payments option rises far above the rest." This means there is a huge opportunity for Visa to still take market share, but it won't be easy. There are many worthy competitors in the space, including Apple Inc's Apple Pay, PayPal Holdings Inc, and Mastercard MasterPass.

Fortunately for investors, Visa's business model is both highly profitable and has a wide economic moat. And Alfred Kelly, Jr. is certainly no slouch! By all accounts, during his 23-year tenure at American Express he capably headed several different departments. But new technologies, competitors, and opportunities have caused waves of unrest throughout the payments industry. How Kelly handles these upcoming challenges will give Visa shareholders a good gauge on how the company might fare under his leadership.