Under Armour stock has the potential to post a big turnaround, but investors should recognize these three risk factors before buying in.

Under Armour (UAA 5.39%) (UA 2.19%) shares have lost roughly half their value over the past six months, and the company's recently released earnings report and guidance for fiscal 2017 prompted the market to sour further on the company.

Even after the big sell-offs, Under Armour trades at lofty earnings multiples, with A shares valued at 52 times forward earnings estimates while C shares have a forward P/E of roughly 47. Under Armour is still a company with lots of potential for expansion and a strong brand, but its growth-dependent valuation means it's worth evaluating the risk factors that could cause problems for investors.

Sales growth could continue to slow

The company's fourth-quarter and full-year reports delivered weaker-than-expected sales growth and arrived with an outlook for the current fiscal year that has shaken investor confidence. Before its most recent report, Under Armour had delivered 26 consecutive quarters of greater than 20% sales growth and had guided for this trend to continue. Revenue growth of just 12% in the fourth quarter crashed the apparel maker's share price, and the possibility of continued underperformance presents a big threat going forward.

Lagging domestic sales growth has been the biggest contributor to Under Armour's disappointing results over the past two quarters. With roughly 85% of the company's revenues derived from the American market, soft performance in the company's core market without substantial international growth would probably hurt the company's share price.

As recently as October, Under Armour indicated that growth in international markets would offset sluggishness in the domestic market and allow the company to hit its $7.5 billion revenue target for 2018, but that no longer looks to be the case. The company's high-end target for the current fiscal year sees it posting 12% sales growth to reach roughly $5.4 billion in revenue, almost certainly putting its 2018 target out of reach. Evidence of additional slowdown can be expected to have a substantial impact on UA's valuation.

Big endorsements are expensive and unpredictable

Endorsements are a key part of Under Armour's brand appeal, but with partnership costs rising as the company's debt is increasing and its sales growth slowing, they're also looking more risky. The standard length for major endorsement contracts has shifted from five-year periods to 10-year and 15-year periods, and mapping the value of deals over longer stretches of time creates additional pitfalls.

Under Armour has recently signed big deals with colleges including UCLA and will begin a 10-year term as Major League Baseball's official uniform provider starting in 2020. These moves should be sales drivers, but they also add substantial new costs at a time when the company's growth story is hitting speed bumps. Fiscal 2016 saw Under Armour's operating expenses increase 22% year over year, and added costs from endorsement deals are a factor in the company's guidance for a $100 million reduction in operating income for the current fiscal year.

Under Armour's risk-reward dynamic with endorsements is probably best exemplified by its deal with NBA star Stephen Curry. Under Armour has a deal with Curry signed through 2024 and is counting on the two-time NBA MVP to be a big part of its growth in the domestic market and in key overseas territories such as China. The Curry sponsorship is worth billions of dollars between potential product sales and impact on the overall brand, and if the athlete were to fade from prominence, it would have a huge effect on the company.

Declining performance or marketability for the company's key athletes, teams, and sports leagues could leave Under Armour on the hook for expensive contracts that fail to deliver sufficient returns -- a big risk, given the company's growth-dependent valuation.

New sportswear initiatives could be unsuccessful

Under Armour is counting on high-fashion sportswear and connected fitness to be part of its long-term growth trajectory, and underperformance in either of these categories presents risk factors that investors should weigh. 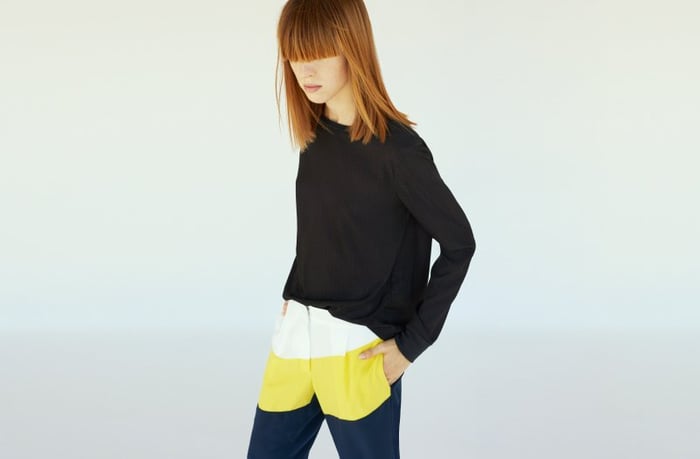 Last September saw the debut of Under Armour Sportswear (UAS) -- a new category from the company that takes a more fashion-focused approach to sports apparel. Compared with competitors Nike and lululemon athletica, Under Armour is late in getting into the "athleisure" game, and it's unclear to what extent the new line will gain traction. CEO Kevin Plank has estimated that the overall market for this type of sportswear is worth $15 billion, and the success or failure of UAS could have a big impact on the company's outlook and share price.

Turning to wearables, the company's connected-fitness wear grew 51% year over year in fiscal 2016 to constitute roughly 1.7% of annual revenue, and continued expansion in the category is part of the company's strategy to increase sales at higher price points. While connected fitness represents a significant opportunity, winning in the category is likely to be cost-intensive, and moves from more resource-rich competitors such as Nike or Apple could hurt Under Armour's chances in the space.

These developing businesses are emerging components of the company's growth story, so weak performance on either front has the potential to negatively affect UA's outlook.