A couple of these companies may not be at the top of your autonomous vehicle stocks list, but all could end up being huge winners in the space.

I won't bore you with the statistics about self-driving cars. At least, not yet. First, consider this 2015 quote about the future of driverless cars from Tesla (TSLA 1.48%) CEO Elon Musk:

You'll be able to tell your car, "Take me home," go here, go there, or anything, and it'll just do it. It'll be an order of magnitude safer than a person. In the distant future, people may outlaw driving cars because it's too dangerous. You can't have a person driving a two-ton death machine. 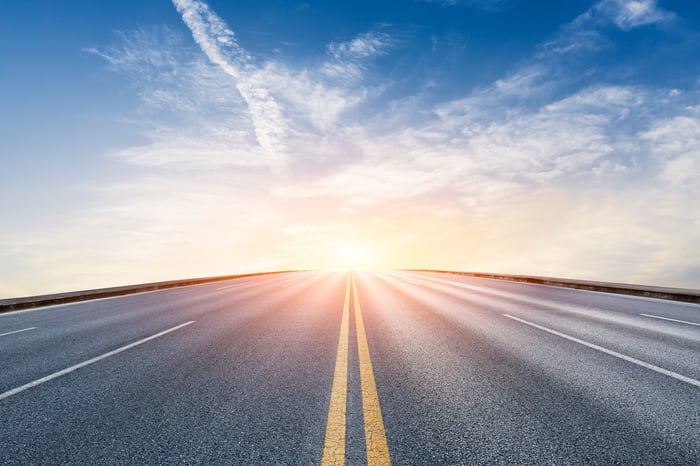 That opinion may seem a bit extreme to some, but self-driving cars have the potential to reduce vehicular deaths by (here come the stats) 90% by mid-century. In the U.S. alone, that means nearly 30,000 lives would be saved every year.

That's one of the reasons why so many automakers and technology companies are investing billions of dollars to get autonomous vehicles on the road, and why investors should pay attention. To help you get started in the space, let's look at three companies that are each taking different approaches to the self-driving car market -- and that have lots of potential to benefit from it.

Intel (INTC -2.77%) wasn't exactly the first company people were thinking about in this space until very recently. That changed when it purchased the leader in advanced driver assistance systems (ADAS), Mobileye, for $15.3 billion.

That's a hefty price tag, but what Intel is getting for it may end up being worth it. Advanced driver assistance systems -- with features such as lane detection and correction, automatic braking, and automatic speed adjustments -- are the precursors to much of the technology that will underlie fully autonomous vehicles, and Mobileye has about 65% of the ADAS market. Purchasing it gave Intel a central position in autonomous vehicle technologies that it didn't have before; it could also help the company sell more of its processors.

Processors for PCs have been Intel's No. 1 revenue driver, but with sales of desktops and laptops continuing to decline, the company has been looking for new segments that it can sell its chips to. The automotive semiconductor market is expected to reach $36 billion in 2018,and if Intel can use Mobileye to both sell self-driving technologies to automakers and boost sales of its own processors, then the company may have finally found its next big market opportunity.

NVIDIA Corporation (NVDA -0.54%) has built itself into a leader in the semi-autonomous driving space by selling its graphics processors to companies looking for high-end image processing chips for their semi-autonomous vehicles. The company is also on its third version of its Drive PX computer, the latest iteration is called Pegasus, which NVIDIA says will bring Level 5 autonomy (fully self-driving vehicles that don't need human interaction) to driverless cars in the coming years.

The company has already forged partnerships with Audi, Volvo, Toyota, Baidu, and others and NVIDIA should continue to benefit from the growing driverless car market because the technology for these vehicles is highly dependent on chips that can process vast amounts of image data quickly -- which is what NVIDIA's chip excel at.

It's worth mentioning that NVIDIA only brought in about 5.5% of its top line from its automotive segment in the fiscal third quarter of 2018, but this should continue to grow in the coming years. NVIDIA estimates that its total addressable market for autonomous vehicles will reach $8 billion by 2025.

I couldn't lead off this article with an Elon Musk quote without eventually talking about everything Tesla is doing in the semi-autonomous car space.

First of all, Tesla has added driverless car hardware to all of its new vehicles, and has been rolling out software updates as they are developed to bring new semi-autonomous features to vehicle owners. Tesla is one of the only automakers that's taking such a bold step with semi-autonomous hardware, which could end up helping the company take the lead in driverless cars a few years from now.

Musk mentioned in the second version of his Tesla Master Plan in 2016 that Tesla vehicles owners will be able to "summon your Tesla from pretty much anywhere. Once it picks you up, you will be able to sleep, read or do anything else en route to your destination." Tesla is still a while away from that goal, but it's clearly positioning itself as the leading semi-autonomous automaker.

The driverless car market is expected to be worth $77 billion by 2035, but there are plenty of things that could end up holding these companies back. Still, investors would be wise to consider the above companies when looking at driverless car stocks -- and remember that patient investors will likely see the biggest returns.

3 Explosive Growth Stocks to Buy In 2023 and Beyond