Please ensure Javascript is enabled for purposes of website accessibility
Log In Help Join The Motley Fool
Free Article Join Over 1 Million Premium Members And Get More In-Depth Stock Guidance and Research
By Reuben Gregg Brewer – May 21, 2017 at 11:23AM

The mining industry has been in a rut, and so have equipment makers like Caterpillar, Komatsu, and Cummins, but that's starting to change.

Making mining equipment has been a horrible business over the last few years. The industry has been hard-hit by the spending cutbacks at mine sites around the world. For example, BHP Billiton Limited trimmed its capital exploration expenditures by roughly 70% between fiscal 2013 and 2016. No wonder Caterpillar Inc. (CAT -0.52%), Komatsu Ltd. (KMTUY 0.84%), and Cummins Inc. (CMI -0.17%) have been hurting. Only that looks like it's starting to change, which means this trio could be at the top of a list of mining equipment companies to buy in 2017.

Caterpillar is a major construction- and mining-equipment maker with operations around the world. Although the manufacturer breaks its business down into construction (roughly 40% of first-quarter sales), energy and transportation (around 35%), and resource (about 17%), the mining space is served by various elements of each segment. For example, a backhoe could be used at a construction site or at a mine site. 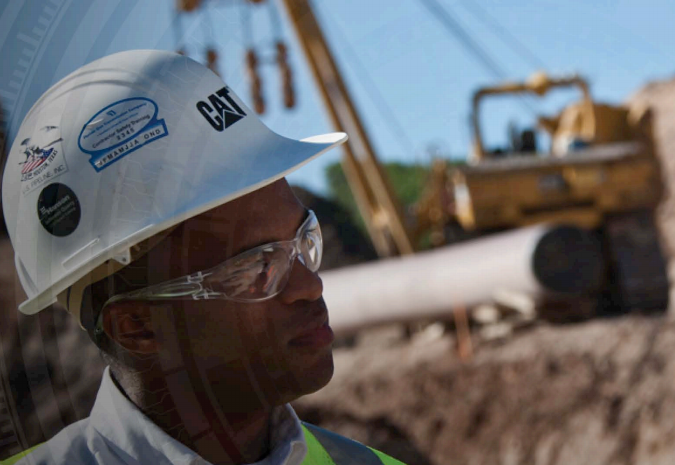 But here's the really interesting thing: The first quarter was the first time in two and a half years that Caterpillar's sales and revenue were up year over year. Profits in all three business segments improved in the quarter, but resource (essentially mining-specific equipment) went from a loss of nearly $100 million to a profit of just under $160 million. It was, by far, the biggest change in the portfolio.

Assuming that's the start of a trend, Caterpillar is well-positioned to prosper. Its products and brand name are well-respected the world over, and it has perhaps the most extensive support network in the mining-equipment industry. Caterpillar's shares have been on a run since bottoming in early 2016, but if you are looking at the mining-equipment space, you have to have this industry giant on your radar.

It's worth noting that management upped its full-year revenue guidance but lowered its earnings forecast because it's increasing its restructuring efforts. That's a conservative way to take advantage of improving markets that should pay dividends well into the future. 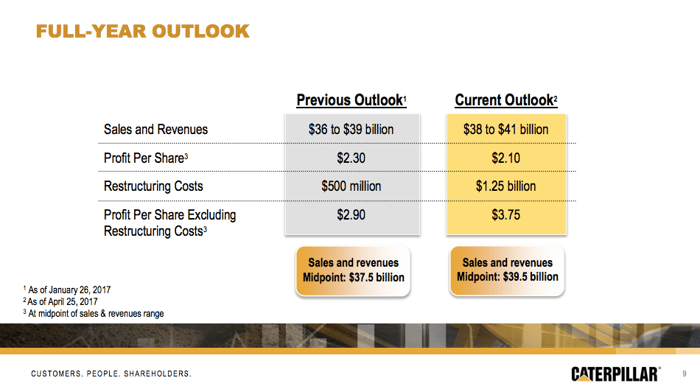 Komatsu cemented its position in the mining space when it acquired Joy Global in April, renaming that company Komatsu Mining. Like Caterpillar, Komatsu's business is spread across various industries from construction to mining, with a lot of overlap. However, since the Joy Global acquisition was only just recently completed, its earnings numbers are going to be a little muddy for the next year. That's to be expected, but the timing is unfortunate since results at Caterpillar suggest Komatsu's top line is likely to be heading higher this year.

One key aspect to keep in mind about Komatsu is that it hails from Japan. That places it in close proximity to some of the most important mining markets in the world, including China and Australia. That could give it an edge in markets that are local to Komatsu and foreign to Caterpillar. At any rate, having used the downturn to acquire a larger share of the mining equipment market, Komatsu is readying for an industry upturn. And since that looks like it could be starting, now is a good time to do a deep dive.

Cummins is the last company on the mining-equipment buy list, but it's a bit different from Cat and Komatsu. Cummins focuses on making the engines that run heavy equipment like mining trucks. In fact, it has a strong business relationship with Komatsu. Overall, this is more of a picks-and-shovels kind of investment, as Cummins supplies key parts to manufacturers and doesn't sell end products itself.

It's also not as pure a play on the mining-equipment space, since its engines go into things that drive on roads (long-haul trucks, for example) as well as things that drive off-road at mining sites. However, that diversification has benefits. Revenue declined 40% at Caterpillar between 2012 and 2016, but only fell around 3% over that same span at Cummins. That's a big difference that conservative investors might find helps them sleep better at night. 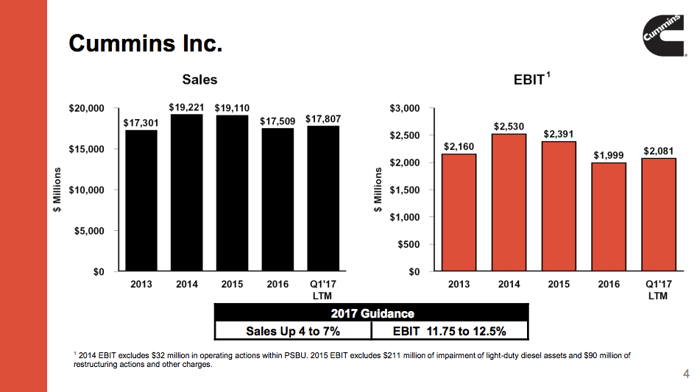 Cummins is starting to see an upturn. Image source: Cummins.

First-quarter results at Cummins, meanwhile, increased year over year. That hints that key end markets, like mining, could be starting to pick up again. And that means now is a good time to look at this more diversified way to play the mining equipment space.

Commodities are inherently volatile and mining companies are usually behind the curve on the upside and downside. That's partly because building new mines takes years, and partly because of misguided animal spirits. The companies that sell miners the equipment they use, including Caterpillar, Komatsu, and, indirectly, Cummins, have to roll with that dynamic as best they can.

But there are early signs that the long downturn in the commodity market has ended and that miners will, once again, start looking to expand. Indications are already showing up in the revenues of Cat and Cummins. If that trend continues, you'll want to take a close look at all three of these construction equipment players. You might just find you want to add one or more to your portfolio in 2017.