Specialty retailer Pier 1 Imports' (OTC:PIRRQ) stock shed 40% through the first half of 2017, according to data provided by S&P Global Market Intelligence. 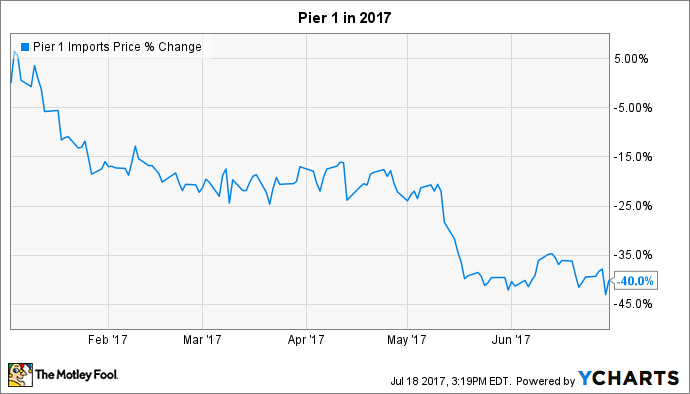