It's been four years since shares of International Business Machines (NYSE:IBM) sat above $200. A post-financial crisis rally drove IBM stock to new all-time highs, but a seemingly endless turnaround featuring constantly slumping revenue has since taken the wind out of Big Blue's sails. IBM stock now trades for around $145 per share, about 30% below its peak.

Longtime IBM investors are surely wondering if the stock will return to those 2013 highs. A rally in 2016 gave investors some hope, but the stock has given up most of those gains this year, with revenue continuing to grind lower. The story is going to have to change before IBM stock recovers, and that will require a return to growth that has so far eluded the company. 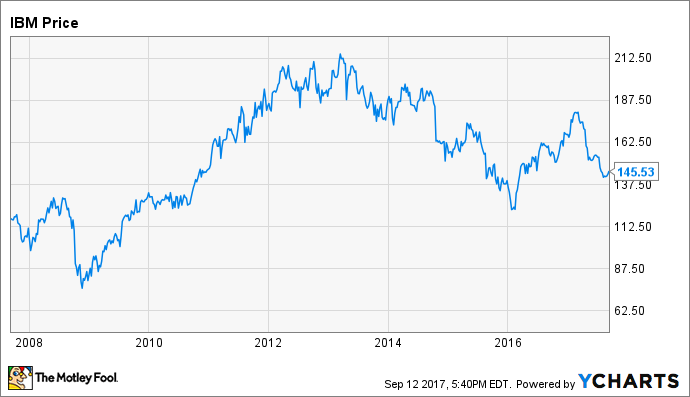 Revenue has declined on a year-over-year basis for 21 straight quarters at IBM. That's a streak that prevents many investors from even considering buying the stock. IBM produced more than $100 billion of revenue as recently as 2012. Last year, revenue came in below $80 billion, the lowest level in decades.

Three factors have been driving IBM's sales lower. First, various legacy businesses are in decline as the company invests in newer growth areas that have yet to pick up the slack. Second, IBM has sold off underperforming units, such as its x86 server business, over the past few years, which has taken a bite out of revenue. And third, a surging U.S. dollar in late 2014 and 2015 knocked down sales from the company's vast international business due to currency translation effects.

Profits have tumbled right along with revenue. IBM produced $13.59 in adjusted earnings per share last year, down from $14.92 per share in 2015, and a far cry from the $20 per share target that the company was forced to abandon in late 2014. IBM does expect per-share earnings to rise slightly this year, but with revenue still moving in the opposite direction, it's unclear whether this marks a new trend or a blip that will give way to more profit declines in the future.

IBM is banking on areas like cloud computing and artificial intelligence to return it to growth. The company's cloud business generated $15.1 billion of revenue over the past twelve months, and the as-a-service cloud revenue run rate is now at $8.8 billion. Watson, IBM's cognitive-computing system, generates a lot of headlines, but the company doesn't disclose any financial information. Regardless, it hasn't been enough to offset declines in the rest of the business. 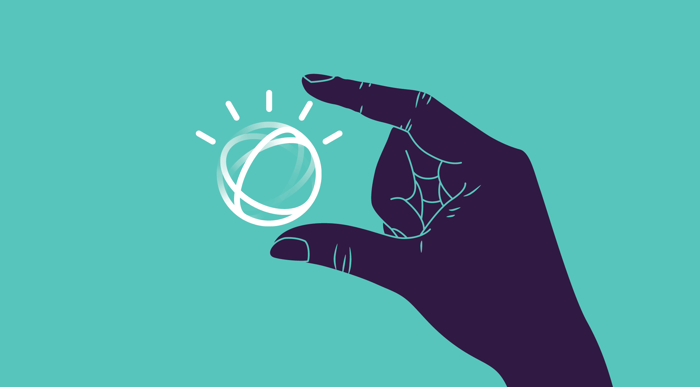 IBM stock is cheap if you assume the company will eventually return to growth. With adjusted earnings expected to be at least $13.80 per share this year, the stock trades for just 10.5 times this number. A $200 share price would put the P/E ratio at just 14.5, still far below the mid-20s PE ratio of the S&P 500.

The market is pricing IBM as if it will remain stagnant indefinitely. So far, the company hasn't given the market much reason to change its mind. Parts of IBM are growing; other parts are shrinking. The net result has been a decline that seems to drag on and on.

But things may start looking better during the second half of this year, at least temporarily. IBM launched its newest mainframe system in July, which will produce a significant revenue boost during the third quarter. The U.S. dollar has also been slumping this year relative to other currencies, a situation that could create a tailwind for IBM's international businesses.

If IBM manages to report a solid second half, the real test will be whether it can sustain that momentum in 2018. Turnarounds take time, especially for large, complex companies. But it's hard to justify five years of slumping revenue.

In a scenario where IBM pulls out of its slump and returns to growth next year, a $200 stock price could prove pessimistic. The valuation is so beaten-down, and expectations are so low, that even anemic growth would be enough to send the stock soaring. After years of talking about its transformation, it's time for IBM to deliver.