Please ensure Javascript is enabled for purposes of website accessibility
Log In Help Join The Motley Fool
Free Article Join Over 1 Million Premium Members And Get More In-Depth Stock Guidance and Research
By Timothy Green - Jul 17, 2017 at 6:00AM

While the term "mainframe" may conjure images of room-sized computers cranking out calculations decades ago, International Business Machines' (IBM -0.91%) ever-evolving mainframe systems remain relevant more than 50 years after their initial introduction. A staggering 87% of all credit card transactions are touched by an IBM mainframe, along with 29 billion ATM transactions and 4 billion passenger flight bookings annually. A major mainframe refresh comes every few years from IBM, prompting existing customers to upgrade and producing a nice revenue boost for Big Blue. 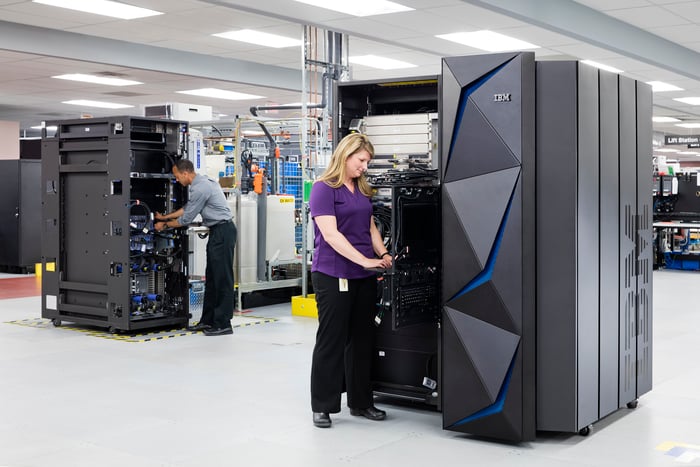 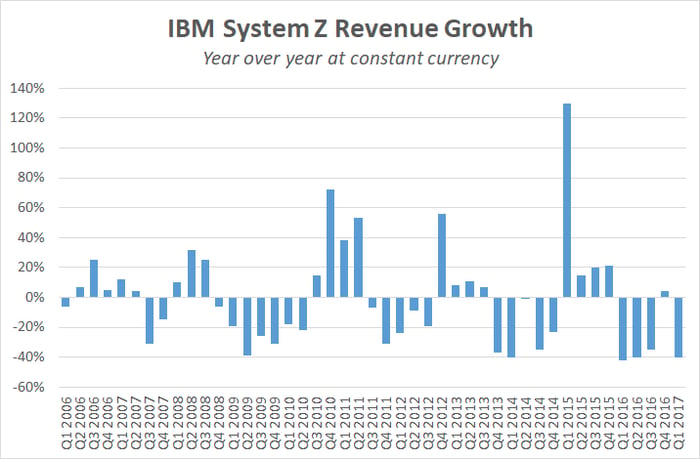