Hurricanes put a dent in operations in September -- but only a small one.

Shares of Delta Air Lines (DAL 1.90%) stock closed up 6.6% on Tuesday, after the company reported  respectable performance on its operating statistics for September, despite a weather-plagued month.

Delta noted that in September, "Hurricanes Irma and Maria impacted [its] operations across the Caribbean and Southeastern United States," and added: "Hurricane Irma significantly impacted operations with 2,200 flights cancelled from Sept. 7-12 at airports in Florida, the Caribbean, and Georgia, including the company's Atlanta hub."

Despite these headwinds, Delta said it grew revenue passenger miles 0.3% year over year in September, and available seat miles 0.6%, with its load factor -- the percentage of those seats flying with passengers sitting in them -- declining only 0.2%. 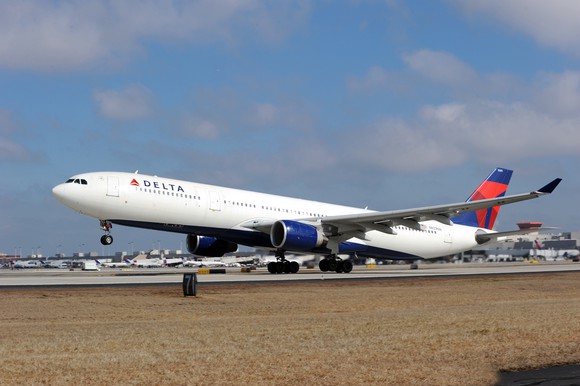 Perhaps best of all from an investor's perspective, Delta management reassured investors that it expects to report operating profit margin of between 15.9% and 17.1% for the third quarter just ended, and "adjusted" margin is slated to be only slightly worse, at 15.5% to 16.5%. Such numbers, if they come to pass, will be somewhat lower than what Delta had been looking to earn at the start of last month, but they're on par with what Delta earned last year, which was its most profitable, in terms of margin, this side of the millennium.

Not bad results at all, for hurricane season.