Groupon (NASDAQ:GRPN) stock increased 17.1% in September, according to data from S&P Global Market Intelligence. The gains are attributable to momentum from the previous month's earnings beat, a favorable start for a new service, and increased investor confidence in the company's comeback initiatives.

Following better than expected quarterly earnings results in August, Groupon introduced a new service in September and is enjoying momentum that has driven its share price up roughly 50% year to date. Groupon+ debuted in 23 U.S. markets on Sept. 6 and offers coupon-less cashback from roughly 1,500 local restaurants. Groupon has plans to expand the regional availability of the service and branch it to new types of businesses, and some early reports see the new offering gaining traction.

The market also seems to be looking favorably on the company's efforts to move away from physical goods sales and focus more on local deals in its best performing geographic segments. 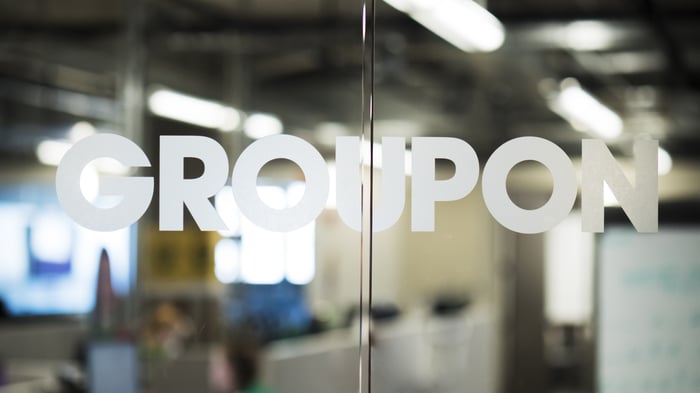 The company is prioritizing connecting consumers with local deals as its core growth avenue, and its stock performance will likely hinge on its ability to continue growing sales and margins in the category. Adoption for Groupon+ is also something investors should keep an eye on, as the company is counting on voucher-less deals to be a long-term performance driver.

Groupon has now delivered three consecutive quarters of profits and remains under pressure to continue growing earnings. Margins have improved following layoffs and other cost-cutting initiatives, but, with much of its restructuring completed, the company will need growth from its locals category to offset declines in the goods segment.

Groupon's annual revenue has been roughly flat in the last two years, but fell 5% year over year in the last quarter, and management has indicated that sales could start to slip as the company prioritizes more profitable operating segments.