Please ensure Javascript is enabled for purposes of website accessibility
Log In Help Join The Motley Fool
Free Article Join Over 1 Million Premium Members And Get More In-Depth Stock Guidance and Research
By Ashraf Eassa - Oct 9, 2017 at 6:31AM

This Fool doesn't think so.

On Oct. 5, Intel's (INTC -2.86%) new desktop processors based on its Coffee Lake architecture went up for sale. These new chips are the first products to hit the market built using the company's new 14nm++ manufacturing technology, which promises a roughly 10% performance uplift over its previous-generation 14nm+ technology used to build its older Kaby Lake processors, and are offered in variants with up to six physical processor cores.

A little while back, computer maker Eurocom, which builds laptops with desktop-grade processors inside, inadvertently revealed that Intel is planning to release an eight-core chip during the second half of 2018. At first, it appeared this part would be based on Intel's Ice Lake architecture and be manufactured using the company's second-generation 10nm+ technology. However, evidence began to mount that it would simply be an eight-core variant of the six-core parts Intel just launched. 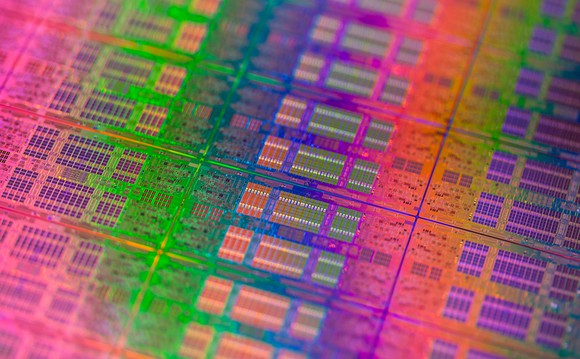 In a previous column, I went over the potential economic implications of Intel's adding two more cores to Coffee Lake in comparison with the previous-generation Kaby Lake processors. Today, I'd like to repeat the same exercise for a potential eight-core Coffee Lake part.

An increase in chip size means an increase in chip manufacturing costs, because of both a higher raw-materials cost per chip and the potentially lower yield rates on larger chips in comparison with smaller chips.

You can see the basic procedure here, but I'll spare you the detailed calculations. Using the same assumptions that I used in calculating the cost differential between the quad-core Kaby Lake part and the hex-core Coffee Lake part, I expect a roughly $4.27 increase in die cost in going from a hex-core chip to an octa-core chip.

Now, there's more to product cost than die cost, and the true manufacturing yields of different products depending on how aggressively Intel sets frequency and power consumption goals. For example, maybe only half of the chips Intel produces can hit the required performance and power levels to be sold as the top-end gaming chips, while the remaining ones are salable if rated performance is significantly dialed back.

Nevertheless, I don't think this will be a problem for Intel.

Positioned as a high-end product

I don't think a potential eight-core Coffee Lake product would come in and replace the hex core models that just launched this month. Rather, I think Intel will try to layer this chip on top of its current product stack.

Depending on several factors, such as the competitive landscape, Intel could either position it as a higher-priced product while keeping the current pricing structure of the current parts in place, or it could price the eight-core parts at the top-tier prices the hex-core parts currently occupy, perhaps with a small increase, as we saw with the hex-core parts this year, and then push everything else down the pricing stack.

For some perspective, Intel's top hex-core Coffee Lake desktop part currently retails for around $379. An increase in die cost of about $4 just isn't going to make a big dent for such top-tier products.

The point is this: It wouldn't take insane price increases to offset the increased manufacturing costs of the chips to allow Intel to maintain roughly similar margins on these parts.