Not too long from now, chip giant Intel (NASDAQ:INTC) is expected to launch its eighth-generation Core processors for the personal computer market. These products are expected to be manufactured on a third generation of the company's 14-nanometer technology, known as 14-nanometer++, which promises to deliver performance and power improvements over its 14-nanometer+ technology that's being used to build the bulk of its products today.

What's also interesting to note is that with its eighth-generation Core chips, Intel is planning to increase the number of processor cores within its notebook and desktop personal computer processors. 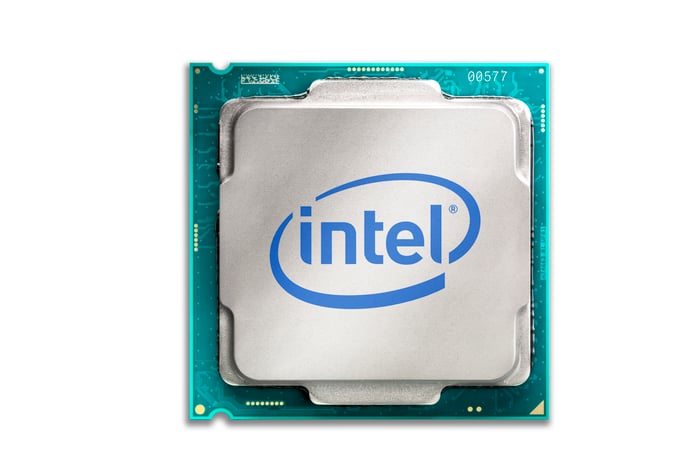 For high-performance notebook as well as for mainstream desktop personal computers, Intel is expected to replace Kaby Lake-H -- a quad-core processor -- with Coffee Lake-H, which is a six-core processor.

While the additional cores should help Intel improve performance and even create a potentially interesting selling point, there's a question worth asking: Will this increase in core count hurt Intel's gross profit margins?

Many factors affect a product's cost and, ultimately, margin structures. However, for the sake of simplicity, there are two major factors that impact a chip company's gross profit margin on a chip.

Circling back to Intel's eighth-generation Core

So, with Intel moving to higher-core count processors with its eighth-generation Core processor family, we know that the chip sizes will go up a bit (based on a leak from BenchLife.info, the move from the quad-core Kaby Lake-H to the hex-core Coffee Lake-H should drive a roughly 18% increase in chip size).

Now, an increase in chip size should -- assuming all else equal -- mean higher chip costs. I suspect that Intel's 14-nanometer yield rates have gone up year over year, so that improvement (which, all else equal, would increase the number of salable chips produced on a silicon wafer) would partially offset the increased costs from the larger chip sizes.

However, I don't think that improved yields could completely offset the chip size increases.

If Intel winds up selling these larger, higher-core count chips for roughly the same prices that it sold its previous products for, then the company could see some level of gross profit margin erosion. However, if the addition of processor cores allows Intel to increase its average selling prices generation over generation, then the company shouldn't see much, if any, of a negative impact to its product margins from the generational product transition.