What a wild ride it's been for shares of Sprint (NYSE:S) over the last year. After the election of President Donald Trump, shares of the beleaguered wireless provider rallied, as many financial analysts thought a more business-friendly Federal Communications Commission under Republican chairman Ajit Pai would be more accepting of a merger with T-Mobile (NASDAQ:TMUS) than prior Democratic chairman Tom Wheeler.

As I wrote earlier this year, a merger seemed like a fait accompli when SoftBank CEO and Sprint chairman Masayoshi Son met with Trump in the lobby of his eponymous tower to discuss business investment. However, in spite of the FCC chairman noting "effective competition" in the U.S. market, a finding that signaled the agency would accept the merger, the two companies were unable to come to an agreement. Shares of Sprint rightfully dropped, continuing a trend that's existed all year -- after reaching an intraday high of $9.65 per share in January, shares are around $6 each as of Nov. 10. 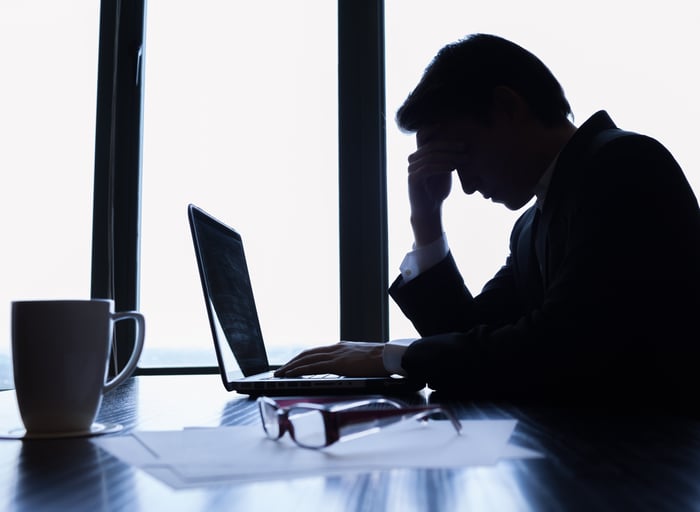 "The next three to four years will be a tough battle"

After the news broke, Son noted that "even if the next three to four years will be a tough battle, five to 10 years later it will be clear that this is a strategically invaluable business." Investors seemed to agree with his first point; shares of Sprint's stock fell more than 10%, and bond prices dropped as well.

To say the company is struggling is an understatement. Nowhere is this more apparent than in its financials: Sprint hasn't produced a fiscal-year profit in over a decade. Cash flow is slightly better, as in fiscal year 2017 (the company just reported Q2), it has produced $526 million in free cash flow (cash from operations minus capital expenditures); its capital expenditures (network buildout) were much lower than those of AT&T, Verizon, and T-Mobile. It will be difficult for Sprint to build out and densify its network if it can't generate more cash from operations.

Son's not wrong when he notes Sprint is an invaluable business...to an extent. What Sprint has over its competitors is spectrum, the Holy Grail of the wireless industry. As of February, Sprint had a major lead on its competitors -- and a massive lead with 2.5 GHz high-band spectrum (see graphic), which is perfect for transmitting data at a high speed. The issue is that Sprint has neither the cash nor the profitability to successfully build out its network to take advantage of this spectrum. In fact, the best way Sprint has taken advantage of this asset is by selling it with a lease-back arrangement. The combination of $16.3 billion in debt maturities in the next three fiscal years, low cash generation, and high CapEx requirements points to a huge cash crunch in the intermediate time frame.

Sprint is performing better, but a tough path ahead is virtually guaranteed

The company is improving under new CEO Marcelo Claure. Sprint posted a rare quarterly profit of $0.05 per share in its first quarter of fiscal 2017. In the recently reported second quarter, the company did report a loss, but added nearly 280,000 postpaid phone customers, for 10% year-on-year growth. Overall, the company added the most retail phone net subscribers in more than two years.

However, the question is how much it will have to sacrifice to continue this growth. Year to date, shares of the four major wireless providers are down, with all but T-Mobile down by double digits, while the S&P 500 has advanced more than 15%. Investors are concerned about increased price competition cutting into margins -- and rightfully so. Sprint's been a major participant in this race to the bottom, even going as far as taking a chainsaw to bills to market its "Cut Your Wireless Bill in Half" event.

It's going to be a tough road for Sprint without a merger, but the company has shown signs of improvement. However, it is the weakest competitor in a tough industry -- the worst house on a bad block. I'd recommend you look elsewhere for a turnaround story.

Now That the T-Mobile Deal Is Dead, What Next for Sprint? @themotleyfool #stocks $S $TMUS Next Article
Current