The telecom company's share price more than doubled thanks to a favorable court ruling.

Shares of Sprint (S) jumped 110.3% in February, according to data from S&P Global Market Intelligence. The mobile wireless stock skyrocketed after a federal court ruled against an antitrust challenge seeking to block the company's proposed merger with T-Mobile (TMUS 1.69%). 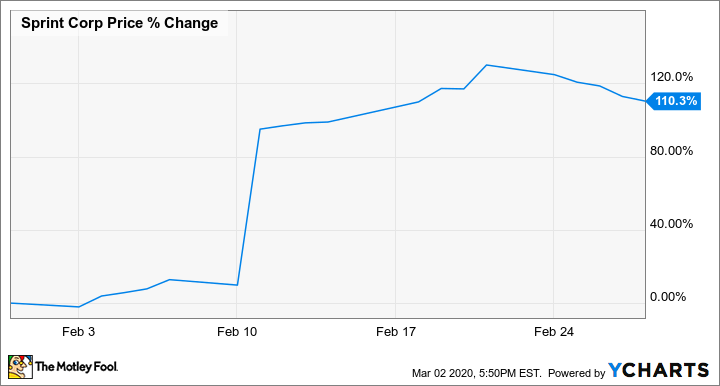 U.S. district court judge Victor Marrero issued a ruling on Feb. 11 that paved the way for T-Mobile to acquire Sprint and prompted substantial gains for each stock. T-Mobile climbed 13.9% in February's trading, and it appears that the merger is on track to be completed in the near future.

Judge Marrero held that the merger wasn't likely to dramatically reduce competition or result in increased prices for American consumers. New York attorney general Letitia James headed up the antitrust challenge but will not be appealing the decision.

Following the victory in court, Sprint and T-Mobile renegotiated the terms of the deal. The new terms saw T-Mobile shareholders get allotment of Sprint shares in the buyout, and the shift and stock gains prompted Bloomberg to raise its estimated value of the acquisition to $37 billion -- up from the deal's previous estimated value of $26.5 billion. Judge Marrero stated that Sprint may have been unable to survive as a stand-alone business if the merger with T-Mobile were prevented. 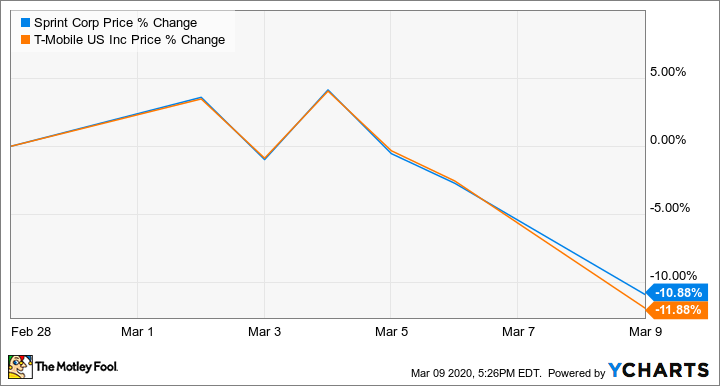 Despite the sell-off this month, the massive jump for Sprint's valuation following the district court's decision seems to reflect the sentiment that merging with T-Mobile was the best outcome for the company's shareholders. T-Mobile president Mike Sievert has suggested that the acquisition could close by April 1.