As expected, T-Mobile (TMUS -0.33%) and Sprint (S) have renegotiated their blockbuster megamerger that was approved by a federal judge earlier this month. While there are many valid criticisms of the court's decision, New York Attorney General Letitia James, who had been spearheading the multistate effort to block the deal on anticompetitive grounds, has opted not to appeal the case.

Over the two years that have passed since the merger was initially proposed, Sprint's fundamental business deteriorated considerably as the company bled out subscribers and the balance sheet weakened. Here are the new terms that the companies have agreed upon. 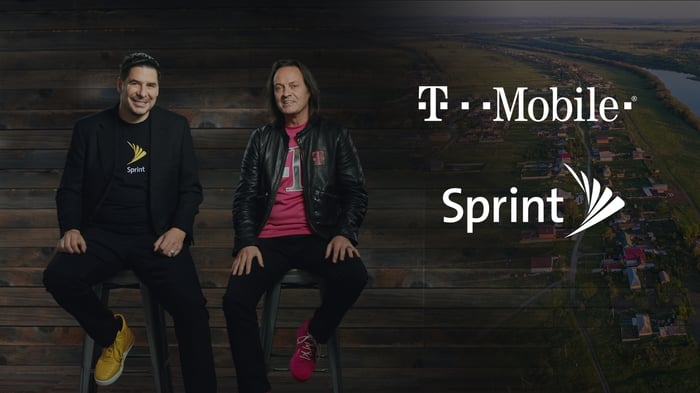 Importantly, the tweak has no impact on all other Sprint shareholders, as they will still receive the equivalent of the original exchange ratio of 9.75 Sprint shares for every T-Mobile share. In fact, public shareholders will come out slightly ahead, owning a relatively larger stake in the combined company. T-Mobile majority owner Deutsche Telekom will also end up with more ownership.

T-Mobile and Softbank note that the amendments do not impact any of the prior estimates around expected synergies, long-term profitability, or cash flow. For reference, T-Mobile and Sprint initially expected the deal to create over $6 billion in run-rate cost synergies.

New T-Mobile will reissue those 48.8 million surrendered shares to SoftBank if the combined company's stock is able to achieve certain price milestones within a specified measurement period. Details around those milestones have not yet been disclosed.

"This is going to be epic!" outgoing T-Mobile CEO John Legere said in a statement. The deal is expected to close as early as April Fools' Day.