Please ensure Javascript is enabled for purposes of website accessibility
Log In Help Join The Motley Fool
Free Article Join Over 1 Million Premium Members And Get More In-Depth Stock Guidance and Research
By Travis Hoium - Feb 2, 2018 at 7:48AM

Residential solar is insulated from solar tariffs, and Vivint Solar has a lot of value on the balance sheet.

Solar stocks have been hampered by the threat, and now a reality, of solar tariffs for nearly a year. But the tariff of 30% on solar panels coming into the U.S. starting next month won't impact every end market equally.

Rooftop solar systems, which are inherently more expensive than ground-mounted utility-scale projects, will only see a small percentage-point increase in costs because of tariffs. And that's not enough to kill the industry right now. That's why I think Vivint Solar (VSLR) is the top solar stock to buy today. 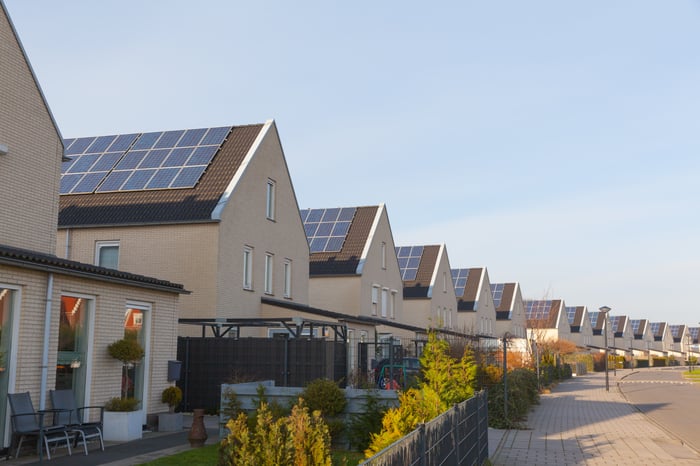 Transition to solar sales give Vivint Solar some flexibility

One of the things Vivint Solar has going for it was a fairly early transition to selling solar systems to customers, rather than only offering leases and power purchase agreements. In the third quarter of 2017, 10.4 MW of the company's 46.5 MW installed were system sales.

This brings in cash immediately to the business and puts less pressure on long-term financing required by leases. But it also allows for a more flexible business model going forward.

As new products like energy storage enter the market and smart-home products are introduced, customers will want flexible financing options for their personal energy needs. Vivint Solar has shown it's beginning to be flexible enough to do that, something the industry leader Sunrun (RUN 5.22%), which still only sells leases, hasn't been willing to do.

On top of being in an attractive market with a good strategy, Vivint Solar's shares have value just based on what's already on the balance sheet. You can see in the charts below that estimated net retained value per share was $6.30 last quarter. 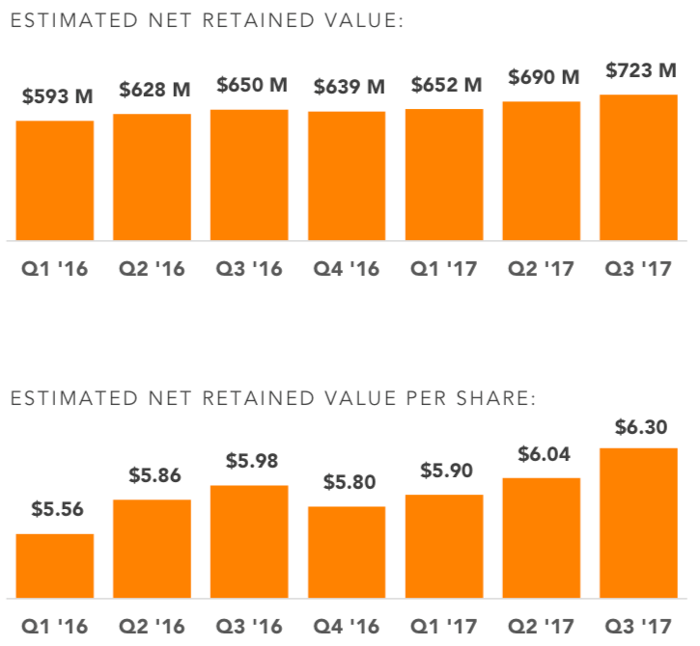 There are a number of estimates that go into calculating the retained value that I have questioned in the past, but getting shares for a 45% discount to the existing retained value on the balance sheet is a great deal. That means any profit from system sales or new lease value in the future is gravy for investors buying today.

Tariffs will hurt the solar industry, but Vivint Solar has a position in the market that can absorb the added cost better than most. Tesla (TSLA -1.76%), which now owns SolarCity, has been cutting back on its solar business for the past year, and there's no clear path for solar within Tesla's business.

Sunrun, which has been gaining market share, has said it is actually raising prices to increase its own profitability. Vivint Solar has done the same, too.

Given the fact that residential solar won't be hit too hard by tariffs, Vivint Solar is increasing its own profitability, and there's tremendous value already on the balance sheet, I think this is the best solar stock on the market. Now, management needs to prove to investors that it can unlock existing value and create added value in the future.