Tesla doesn't seem to have any interest in keeping its SolarCity business afloat.

Multiple reports have surfaced that Tesla (TSLA 0.91%) is firing more workers from the former SolarCity operations than previously disclosed office closures. The Roseville, California office is expected to lay off 205 workers, but the recent performance review-related layoffs have reportedly spread across the country. CNBC is even reporting that these performance reviews didn't actually take place, indicating that Tesla is just trying to eliminate workers from its solar operations.

SolarCity workers have a right to be concerned for their job safety, but Tesla's investors should be concerned as well. A year after paying $2.6 billion for SolarCity, Tesla appears to be shutting down the company's operations at a speed no one anticipated. If the trend continues, there may not be much of a solar business left. 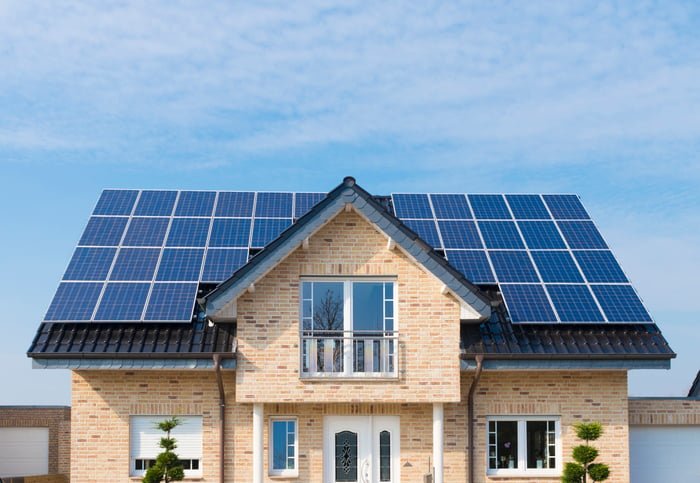 Layoffs at SolarCity are a big deal

There are three reasons continued layoffs are a big deal for Tesla's solar business. The first is that SolarCity's sales were predicated on having people out in the world talking to people about going solar. Door-to-door sales were a primary way to sign customers, and if these workers are being let go it's easy to see why installations would fall as a result. Tesla has said it wants to transition the sales process into showrooms or online, but there's no indication today these new channels will be successful.

Second is that SolarCity did its own system installations. If there are fewer workers to install solar systems the business will shrink. Tesla could move to contracting with smaller solar installation-focused firms, but this hasn't been something the company has indicated it will do.

The third reason layoffs matter comes down to Tesla's balance sheet. Tesla took on $462 million in goodwill and $5.8 billion of solar energy system assets when it acquired SolarCity. If goodwill needs to be written down because SolarCity isn't worth what it used to be or the solar assets aren't living up to expectations, we could see writedowns at Tesla.

Part of the logic of buying SolarCity was to bring solar and energy storage products under one roof. If the SolarCity side of the business is being shut down, that reduces any synergies that might take place.

Ideally, Tesla could use SolarCity's huge installed base to get the Powerwall into thousands of homes across the country. And its #1 position in the residential market gave it a leg up versus the competition in getting the Powerwall out. Right now, competitors are catching up.

Tesla installed 176 MW of solar systems in the second quarter, which compares to 76 MW for Sunrun (RUN -5.04%) and 74 MW for SunPower's (SPWR -3.58%) residential business. Both have developed their own energy storage solutions for distributed customers, and if they grow as Tesla's solar business shrinks they could overtake it in size, giving them a scale advantage in solar plus storage.

All of this leaves us with a simple question: Why did Tesla buy SolarCity for $2.6 billion if it was just going to shut down most of its valuable operations within a year?

Tesla didn't need SolarCity to start selling solar in Tesla showrooms or to develop the solar roof, which was actually a Tesla development. It seems to have been a bailout for Elon Musk and his cousins Lyndon Rive and Peter Rive, who would have lost hundreds of millions, if not billions, if SolarCity had failed.