Shares snapped back from a sell-off early in the month after Cronos announced on Feb. 5 that it would be launching an Australian division, with shares rising roughly 27% in the next day's trading. The stock continued to trade in roughly the same range for several weeks until it once again surged on favorable news. 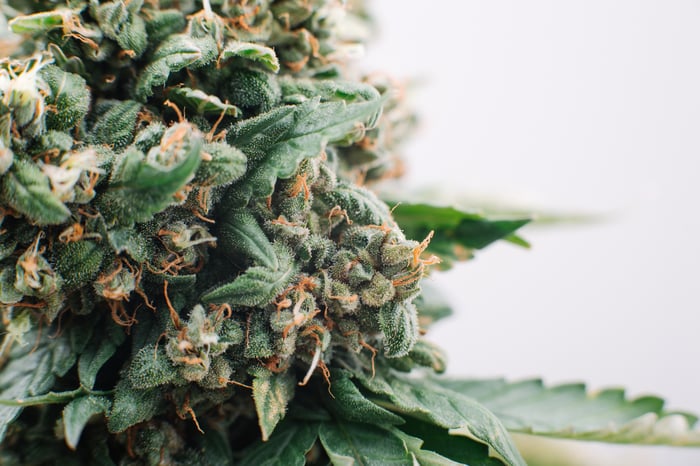 Cronos announced on Feb. 27 that its stock would be listed on the Nasdaq Global Market index -- making it the first pure-play marijuana stock to do so and also the first to be listed on a U.S. exchange. The move to the Nasdaq Global Market designation stands to increase investor awareness and liquidity for the marijuana stock and also indicates that the company has been vetted by the Securities and Exchange Commission.

Cronos Group is a small-cap company with a roughly $1.3 billion valuation. The marijuana industry is also highly speculative at this point in the game, so shares tend to see big pricing swings in relation to relevant news stories.

Cronos has some big growth opportunities on the horizon. The company is expanding its medical-marijuana business in international markets, preparing to take advantage of recreational use being legalized in Canada, and expanding its production capabilities in order to meet ramping demand.

The company's share price has climbed more than 300% over the last year, and investors should proceed with the understanding that the marijuana industry's rapid growth and promising long-term potential also comes with big risk. However, for those willing to weather volatility and the potential for major shakeups in relation to the emergence of new competition and regulatory changes, Cronos Group could be an appealing pure-play in the marijuana space.