Shares of Cara Therapeutics, Inc. (NASDAQ:CARA), a clinical-stage biotech focused on non-opioid pain relief, fell 11.4% in March, according to data from S&P Global Market Intelligence. Along with a fourth-quarter earnings release, the company laid out plans for the late-stage development of its lead drug candidate that could get a bit more expensive than investors may have hoped.

As a pre-commercial biotech, Cara doesn't have any significant revenue to fund clinical trials. Management thinks the $93 million cash balance on the books at the end of 2017 will be enough to keep operations humming along into 2019, but investors weren't feeling so confident after the company's latest earnings call. 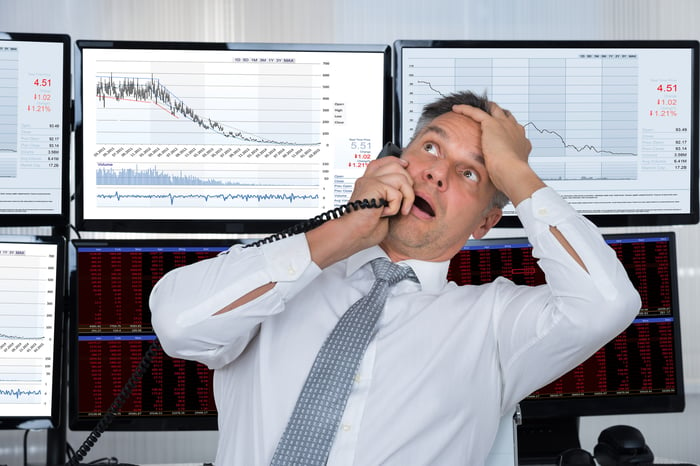 The company's lead candidate, Korsuva, is a novel pain and itch reliever that has a hard time reaching the brain, where traditional opioids cause the side effects that make them so dangerous. The treatment formerly known as CR845 provided a significant benefit for dialysis patients plagued with chronic itching during a smaller mid-stage study, and an approval would make it the first available treatment for a large population of patients with an unmet need.

It looks like investors were caught off guard when management stated it would begin an international pivotal trial with a few hundred patients in the second half. That means the company could have well over 1,000 patients in pivotal studies before the end of the year.

Around half a million Americans with bad kidneys are on dialysis, and chronic itching affects around a quarter of them. An earlier study showed Korsuva provided a significant benefit for patients regardless of which type of dialysis they preferred, but both of Cara's pivotal studies are aimed specifically at those who undergo old-fashioned hemodialysis.

If the drug is successful with hemodialysis, the larger population of patients that prefer peritoneal dialysis would probably follow, but that's a long way off. In the meantime, Cara Therapeutics will probably need to visit the equity tap with a big bucket more than once.

Investors might not have to wait for Korsuva's chronic itch trials to complete before they know if an intravenous form of the drug has a shot in the post-operative pain market. A pivotal phase 3 trial is expected to wrap up in the second quarter, with a potential FDA submission by the end of the year.