Please ensure Javascript is enabled for purposes of website accessibility
Log In Help Join The Motley Fool
Free Article Join Over 1 Million Premium Members And Get More In-Depth Stock Guidance and Research
By Zhiyuan Sun - May 29, 2021 at 6:41AM

The future of this troubled clinical-stage biotech rests on a single drug candidate that management hopes will treat an extremely common condition.

Cara Therapeutics (CARA 2.04%) is an aspiring biotech company that seeks to combat an extremely common, yet under-the-radar, medical condition -- itchiness. Its efforts hit a stumbling block late last month, however, with the release of not-so-impressive clinical results for its sole drug candidate. The stock, which had more than doubled since the beginning of October, saw virtually all of those gains vaporized in a matter of days.

Betting on small-cap biotechs ahead of clinical data releases is probably one of the riskiest investment strategies out there. But what's next for this company? Are there riches ahead for investors who can withstand Cara Therapeutics' volatility? 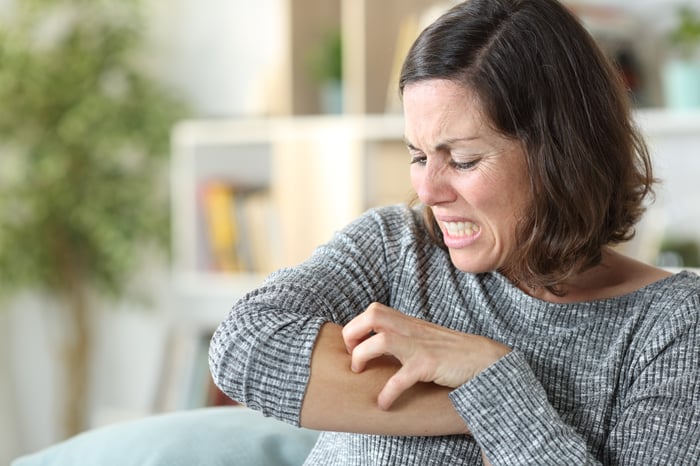 Cara Therapeutics is a textbook development-stage biotech company with no product revenue, $228.3 million in cash, and a net loss of $23.3 million per quarter. Its only pipeline candidate is Korsuva, a k-opioid receptor (KOR) agonist targeting KORs in the peripheral nervous system and immune cells to combat pruritus -- a.k.a. itching.

Korsuva is being tested as a treatment to alleviate the itching common in patients with severe/chronic kidney disease, as well as those with atopic dermatitis, chronic liver disease, and the nerve disorder notalgia paresthetica. The drug is being administered in an oral formulation for all of those indications except the first, where it is being delivered via injection.

On April 29, Cara Therapeutics announced that Korsuva had failed to hit its primary endpoints in a phase 2 clinical trial among atopic dermatitis patients at week 12.

The company says it's still going to advance the program, as the drug did demonstrate efficacy in an interim analysis. When a candidate drug's results follow that pattern, though, it's usually because it has a marginal treatment benefit that dissipates with time. Hence, there is the risk that the U.S. Food and Drug Administration (FDA) may not accept the company's proposals for a phase 3 clinical trial in this indication.

Phase 2 studies for other indications are still in their early days. A data readout for Korsuva in patients with chronic liver disease is due in the second half of 2021. Meanwhile, clinical trials of Korsuva for use in patients with severe chronic kidney disease have already finished and are waiting for regulatory review.

In the study conducted by Cara Therapeutics and its partner, Vifor Fresenius Medical Care Renal Pharma, 52% of patients with moderate to severe kidney disease who were on dialysis reported at least a 3-point improvement on a scale measuring itchiness (which is subjective) after week 12. The scale ranges from 0 to 10.

Those results are not as impressive as they might appear. For starters, 42% of patients with the condition reported similar levels of improvement after taking a placebo. There were also slightly higher incidences of diarrhea, vomiting, nausea, dizziness, and falling in the treatment group. Keep in mind, as well, that this study involved Korsuva as an injection and is applied to a very narrow indication.

Can you count on Cara Therapeutics?

I think the kidney disease study results for Korsuva largely reinforce the theory that the drug offers small to negligible benefits to patients, as well as some potential downsides. Additionally, the drug is being given orally in all the other studies. That means even less absorption, and thus, less efficacy. Overall, given the drug's questionable clinical results and niche indications, biotech investors should probably look elsewhere for better opportunities.