For the time being at least, BRF is cleared of "food safety concerns" and able to produce more chicken.

Shares of Brazilian food company BRF S.A. (BRFS -2.50%) took flight on Wednesday, soaring more than 10.5% in early trading after it was revealed  that Brazil's Ministry of Agriculture will allow the company to resume production at nine chicken processing plants in the country.

BRF stock is holding on to most of those gains in the final minutes of today's trading, still up 9.7% as of 3 p.m. EDT. 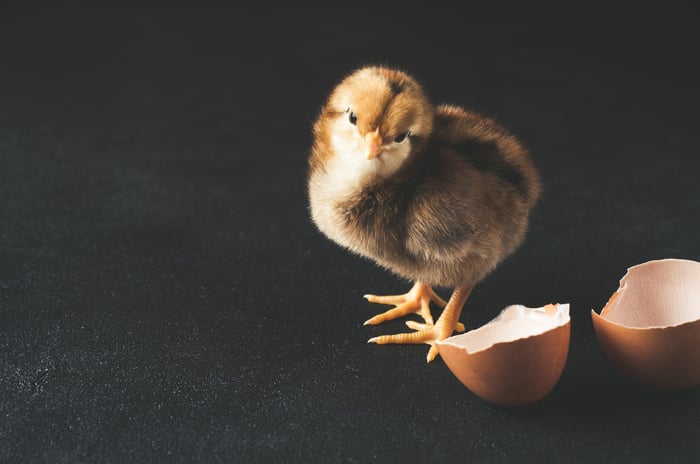 Which came first, the chicken or the ban on exporting chicken? Image source: Getty Images.

Reuters reports that in mid-March, Brazil's agriculture ministry "pre-emptively suspended production and health certification of BRF's poultry exports to the EU" before regulators in the latter could ban imports from the company on food safety concerns. Now, however, the EU has cleared the BRF facilities of wrongdoing, "lacking technical reasons" to prevent their exports, a Brazilian government official said.

Accordingly, Brazil is lifting its own ban.

Before you get too excited, Reuters cautions that there's still a chance the EU could ban exports from other BRF facilities. If that happens, Brazil is expected to appeal any such decision to the World Trade Organization -- which could draw out this situation, and thus keep uncertainty simmering over the company's future.

That probably wouldn't be good news for BRF's stock price, so ... enjoy today's 10% pop while it lasts.